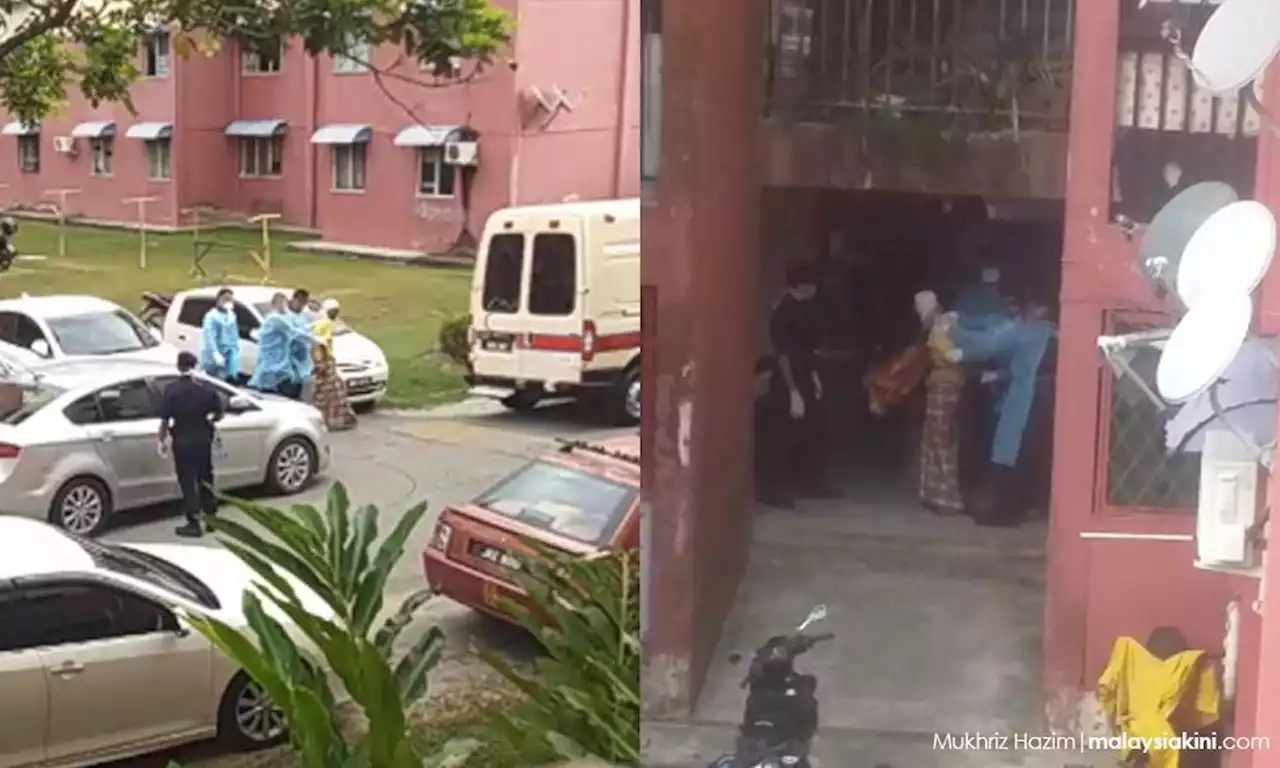 The man being taken from his home at LDA low-cost flats for health screening and quarantine.

LABUAN: A 68-year-old man whose son is a Covid-19 patient was handcuffed and taken from his house at the LDA low-cost flats here yesterday after he had repeatedly defied an order to undergo health screening and quarantine.

Labuan police chief Supt Muhamad Farid Ahmad said personnel from the Labuan Criminal Investigation Department and Labuan Hospital went to his house at 4 pm to enforce the order under Section 15 (2) of the Prevention and Control of Infectious Diseases Act 1988.

The man is the father of a tabligh member who attended the tabligh assembly in Sri Petaling and minimal force had to be used (to enforce the order) because of the circumstances.

The man was confirmed as the first contact following investigations conducted by the hospital on his son, who said he was staying with his father, he said yesterday.

Farid said the man was first asked to go for health screening on March 17 but he refused.

Following that, on March 19 a team from the Labuan Hospital went to his house to bring him to hospital for 14-day quarantine.

He again refused to cooperate and as a result, the Labuan Health Department asked for police assistance to enforce the order, he added.

The police statement was issued after a 14-second video recording of the incident had gone viral on Thursday, causing unease among the local community.
It is learnt that the mans son has been warded at the Labuan Hospital isolation room. Bernama