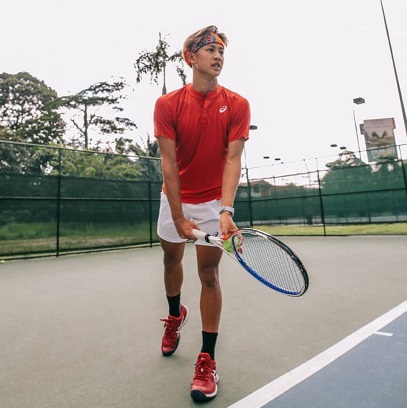 KOTA KINABALU (Oct 13): Christian Didier Chin may give the Vietnam SEA Games 2022 a miss unless his personal coach Saed Alzalirad is allowed to travel with him.

Christian’s father, Christopher, said it was important for Saed to be by his son’s side to guide him, thus ensure the national number one tennis player would be at his utmost best in the region’s premier multi-sport event.

Christopher said this after an incident at the International Tennis Federation (ITF) tour in Egypt last April, where he claimed an official assigned by the Lawn Tennis Association of Malaysia (LTAM) had failed to provide necessary assistance to Christian.

Without mentioning name, he claimed the official was not at the match when his son was in action and at times did not bother to watch the entire game.

“Christian injured his toes during one of the games and a foreign team’s medical staff attended to him instead.

“Christian too had to do his own scheduling and arrangement for sparring matches…this denied him extra rest before his next game.

“It was very unprofessional of the official,” said Christopher in a statement on Wednesday.

In view of that, Christopher revelead an official letter has been submitted to LTAM to consider allowing Saed to be with the team to SEA Games.

According to Christopher, the Egyptian coach knows Christian’s game best and able to bring the best out of the national number one tennis player.

“Christian is a medal prospect in the SEA Games but without Saed by his side, he will be demoralised and may not be able to play his best.

“After a lengthy discussion with coach Saed, we have come to a decision that Christina will not compete in the SEA Games unless Saed is allowed to be with the team,” he added.

Christopher added his son will continue to train under Saed in Kuala Lumpur for now.
“We will only decide on his next tournament next year,” he said.