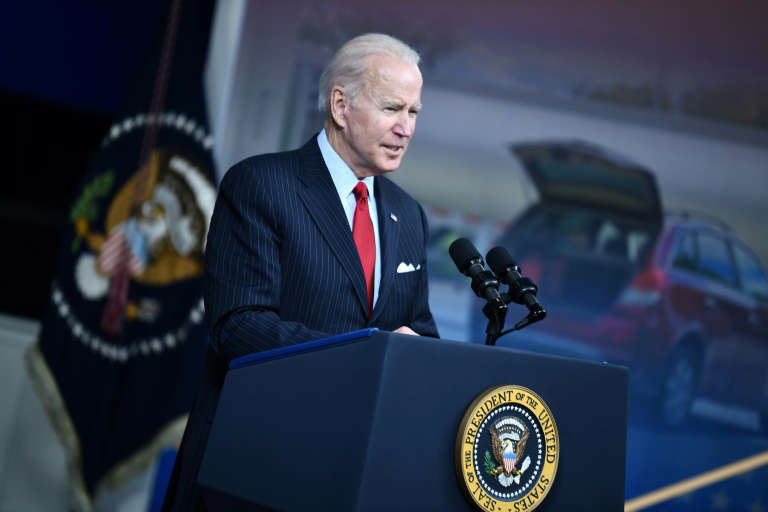 Since taking office, the US president has placed the fight between democracies and ‘autocratic governments’ at the heart of his foreign policy. – AFP photo

China and Russia reacted furiously Wednesday to US President Joe Biden’s planned democracy summit, which will exclude them, with Beijing angered over an invitation for Taiwan and the Kremlin branding it divisive.

The global conference was a campaign pledge by the US president, who has placed the struggle between democracies and “autocratic governments” at the heart of his foreign policy.

The inclusion of Taiwan, and not China, led to an angry rebuke from Beijing, which said it “firmly opposes” the invitation to “the so-called Summit for Democracy.”

Beijing claims self-ruled Taiwan as part of its territory to be retaken one day, by force if necessary.

Around 110 countries have been invited to the virtual summit, including the United States’ major Western allies but also Iraq, India and Pakistan.

But Russia said the guest list, released Tuesday on the State Department website, showed that the United States “prefers to create new dividing lines, to divide countries into those that — in their opinion — are good, and those that are bad.”

“More and more countries prefer to decide themselves how to live,” Kremlin spokesman Dmitry Peskov told reporters, adding that Washington is “trying to privatise the term ‘democracy’.”

The invitation is a major coup for Taipei at a time when China is ramping up its campaign to keep Taiwan locked out of international bodies.

Taiwan said the gathering would be a rare opportunity to burnish its credentials on the world stage.

Only 15 countries officially recognise Taipei over Beijing, although many nations maintain de facto diplomatic relations with the island.

The US does not recognise Taiwan as an independent country but maintains it as a crucial regional ally and opposes any change to its status by force.

China baulks at any use of the word “Taiwan” or diplomatic gestures that might lend a sense of international legitimacy to the island.

“I agree Taiwan more than qualifies — but it does seem to be (the) only democratic govt invited that the US govt does not officially recognise. So its inclusion is a big deal,” tweeted Julian Ku, a Hofstra University law professor whose specialties include China.

Taiwan’s foreign ministry said it would be represented at the summit by its de facto US ambassador Bi-khim Hsiao and digital minister Audrey Tang, who is one of the world’s few openly transgender national politicians.

The long-advertised meeting will take place online on December 9 and 10 ahead of an in-person meeting at its second edition next year.

So too will Pakistan, despite its chequered relationship with Washington.

Turkey, a NATO ally of the United States whose President Recep Tayyip Erdogan was dubbed an “autocrat” by Biden, did not make the list.

Neither did the city-state of Singapore, or Bangladesh, one of the world’s most populous democracies.

In the Middle East, only Israel and Iraq were invited. The traditional Arab allies of the US — Egypt, Saudi Arabia, Jordan, Qatar and the United Arab Emirates — are all absent.

In Europe, Poland is represented, despite recurring tensions with Brussels over respect for the rule of law, but Hungary’s far-right Prime Minister Viktor Orban is not.

On the African side, the Democratic Republic of the Congo, Kenya, South Africa, Nigeria and Niger are invited.

“For this kick-off Summit… there’s a case for getting a broad set of actors into the room: it provides for a better exchange of ideas than setting a perfect bar for qualification,” Laleh Ispahani of the Open Society Foundations told AFP.

Rather than using the summit as an anti-China meeting, Ispahani urged Biden to address “theserious decline of democracy around the world — including relatively robust models like the US.”

This summit is being organised as democracy has suffered setbacks in countries where the US had placed great hopes.

Sudan and Myanmar have experienced military coups, Ethiopia is in the midst of a conflict that could lead to its “implosion,” according to US diplomats, and the Taliban took power in Afghanistan following the withdrawal of US troops after two decades. – AFP