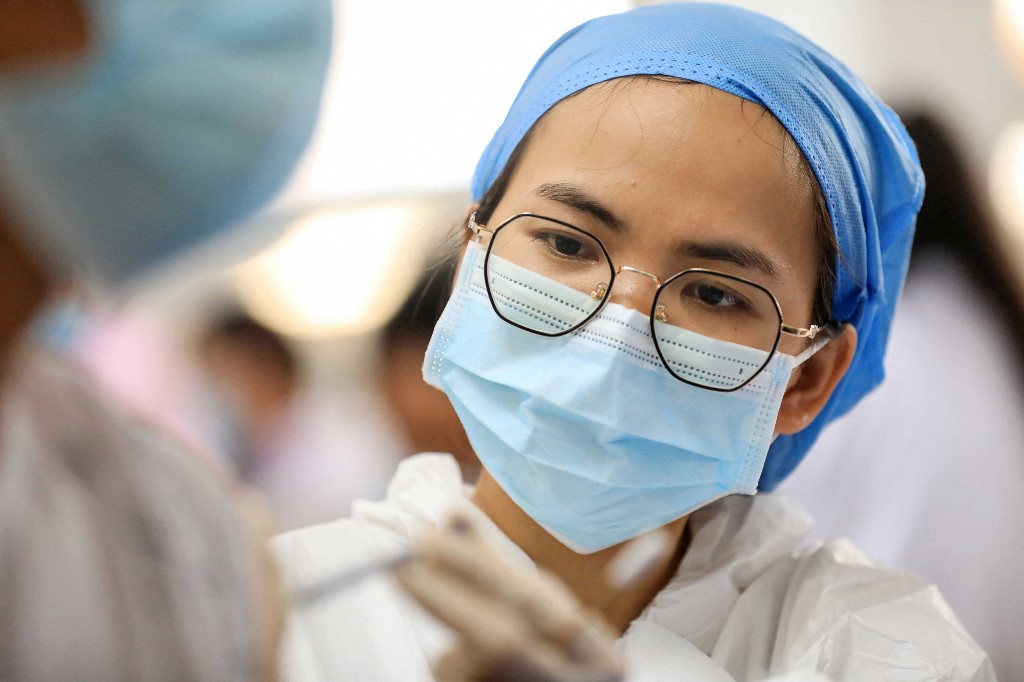 BEIJING, China (June 8): China has approved the emergency use of a Covid-19 vaccine for those as young as three, the drugmaker confirmed Tuesday, making it the first country to offer jabs to young children.

Since the coronavirus first emerged in central China, Beijing has mostly managed to bring the country’s outbreak under control, and has administered over 777 million vaccine doses after a sluggish start.

A spokesperson for Sinovac told AFP its vaccine had been approved for use on children.

“In recent days, the Sinovac vaccine was approved for emergency use in three- to 17-year-olds,” the spokesperson said.

But he did not confirm when the young children would be able to start receiving the shots, saying the schedule for the rollout will be decided by the National Health Commission “according to China’s current epidemic prevention and control needs and vaccine supply”.

The company has completed early phase trials of the vaccine in children and adolescents, with results to be published shortly in the Lancet scientific journal, the spokespersonadded.

State broadcaster CCTV reported over the weekend that an unnamed official in the State Council’s epidemic response task force had said vaccines had been approved for children, and“the safety and effectiveness” had been proven.

A spokesperson for China’s other major vaccine, Sinopharm, said that experts had demonstrated the effectiveness of its vaccine in children, but didn’t confirm whether it had been approved for use.

Chinese officials have said they are aiming to inoculate 70 percent of the population of 1.41 billion by the end of this year.

The World Health Organization (WHO) has approved both the Sinopharm and Sinovac vaccines for emergency use in adults aged 18 and older, and both jabs are being administered in several countries around the world.

While the WHO does not currently recommend vaccinating children against coronavirus, the United States, Britain, Singapore and the European Union have approved the Pfizer-BioNTech vaccine for those as young as 12.

China reported 33 new Covid-19 cases Tuesday, including 19 in southern Guangdong province where authorities have been battling a local outbreak. — AFP