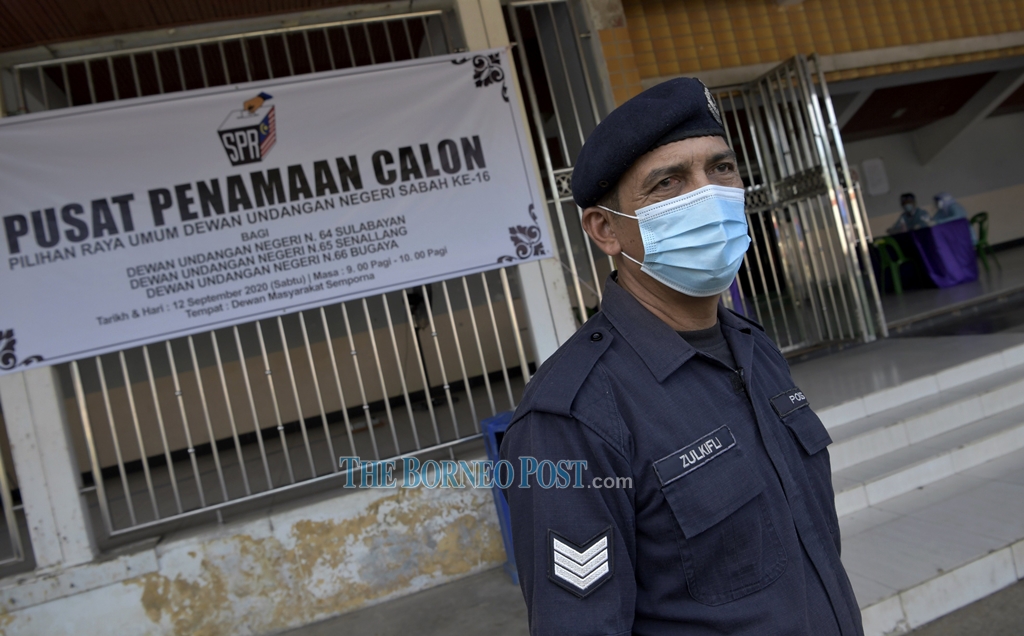 A policeman keeps watch outside a nomination centre in Sabah. – Picture by Bernama

KOTA KINABALU (Sept 12): A party president today lost his chance of contesting in the Sabah polls when he showed up two minutes after nominations closed at 10am.

Malaysian United Peoples Party (MUPP) acting president Nazry Roy Shuhaidin missed his chance to contest after he claimed to have been stuck in traffic from Keningau to Menggatal where the Inanam state seat is holding its nominations.

Its very disappointing of course. We came all the way from Keningau, we left at 5.30am but got stuck in traffic and couldnt find parking, said Nazry.

Nazry and his nominator, who is his wife, said that they were aware of traffic conditions from Keningau, where they live and did leave early to make it on time.

His wife is a Menggatal native hence the desire to contest in her hometown.

They arrived at the gates of the Menggatal community hall and were allowed in but the Election Commission hen told them that nominations were closed.

I guess we have to try again in the next election. We are aiming for the general election (GE15), he said.

MUPP is a little known Sabah-based party that has contested in several elections, both state and general, before.

The party has about 20 candidates who hope to contest in the polls.

Nazry said that he had last contested in the Sook state seat in GE13. – Malay Mail