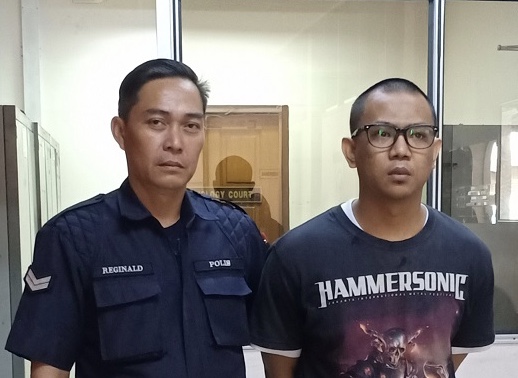 Zulhijam (right) was ordered to be kept in safe custody of Hospital Mesra Bukit Padang.

TAWAU: A 28-year-old local man charged with murdering his father was ordered released from prison and sent to Hospital Mesra Bukit Padang in Kota Kinabalu by the High Court yesterday.

High Court Judge Dr Hj Alwi Hj Abdul Wahab ordered the accused Zulhijam bin Ali to be released from prison and be kept in safe custody of Hospital Mesra Bukit Padang, Kota Kinabalu and for the case to be reported to the Yang Di-Pertuan Negeri Sabah as provided under Section 348(1) of the Criminal Procedure Code.

The accused was charged under Section 302 of the Penal Code which carried the death sentence for murdering Ali bin Nurdin, 56, on May 18, 2017 between 2 am until 3 am at an unnumbered house in Kampung Sungai Gading, Apas Wakuba Road.

The trial commenced on July 9, 2019 with 12 witnesses called by the prosecution during the six-day trial.

Yesterday was the end of prosecution stage and fixed for decision.