We took a chance and it paid off Bonnies coach 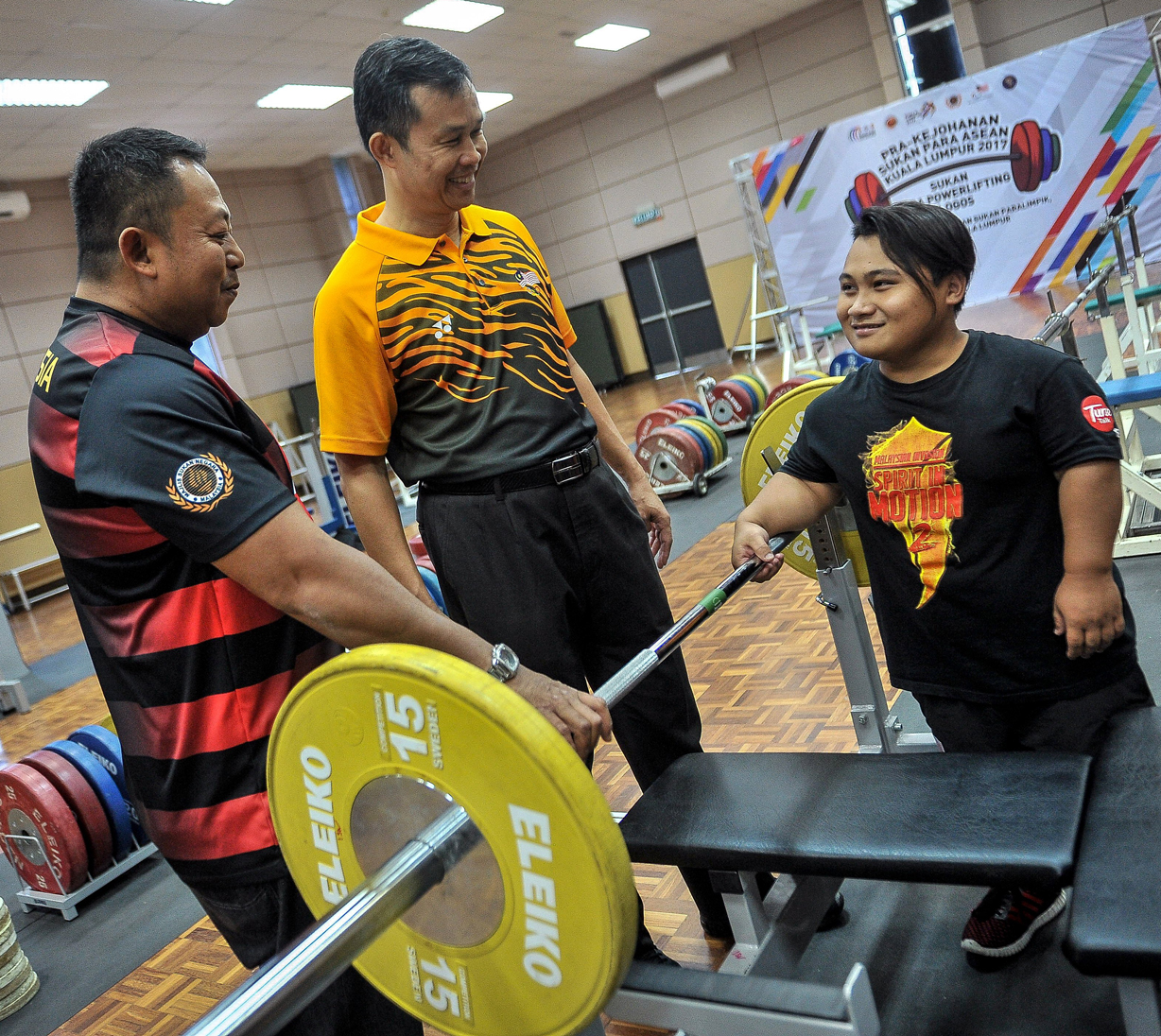 TOKYO (Aug 28): The expression no risk, no gain was proven true when the national powerlifting camp took a huge gamble and it paid off big time, with Bonnie Bunyau Gustin winning the countrys first gold medal at the Tokyo Paralympics today.

National coach Jamil Adam said they decided for Bonnie to begin the mens 72-kilogramme (kg) competition by lifting 217kg, which was way heavier than the first attempt of any of the other athletes, at the Tokyo International Forum here.

He said it was their way of sounding out an early warning to the others of the threat posed by the dwarf-sized Bonnie in his quest for the gold medal on his Paralympic debut.

Our strategy actually was for Bonnie to lift 220kg in his first attempt, but we decided to take the safer route by opting for 217kg to build up his confidence, he said at the virtual media conference.

Chinas Hu Peng was seen as Bonnies closest challenger when he began by lifting 208kg. However, he failed in his first attempt and that opened the door for Bonnie to produce his amazing feat.

Once Bonnie aced his first attempt, there was no stopping him as he lifted 225kg in his second attempt before breaking the Paralympics record of 227kg set by Rasool Mohsin from Iraq in Rio 2016 when he lifted 228kg in his third attempt.

Not contented, Bonnie tried to better his own world record of 230kg that he set at the 11th Fazza Dubai Powerlifting World Cup in the United Arab Emirates (UAE) in June but he failed to lift 231kg ??in his fourth attempt.

The silver medal was won by Egypts Mahmoud Attia (191kg) while the bronze went to Great Britains Micky Yule (182kg).

Jamil, who celebrated his 52nd birthday yesterday (Aug 27), described Bonnie as an extraordinary athlete with a very high level of commitment and discipline.

He said that he knew the 22-year-old could bag the gold medal in Tokyo based on the way he was 100 per cent focused during training and competitions, adding that he (Bonnie) also showed no fear of his opponents.

He said Bonnie has a bright future and is capable of defending the gold medal at the 2024 Paris Paralympics.

He said he first spotted Bonnies talent when the athlete, who was then 13 years old, would frequently follow his father Gusting Jenang, who won bronze in the 59kg category at the 2017 ASEAN Para Games in Kuala Lumpur, for training sessions.

Jamil hopes that Bonnies success would inspire the countrys other powerlifter, Jong Yee Khie, to do his best in the 107kg category on Monday (Aug 30).

Meanwhile, chef de mission Datuk Seri Megat D Shahriman Zaharudin said he was confident that Bonnies success today would motivate the other athletes to go for gold and meet the three-gold target that had been set.

He also hoped that all Malaysians will continue to pray for the success of the other athletes who will be competing at the Tokyo Paralympics, which will end on Sept 5. – Bernama