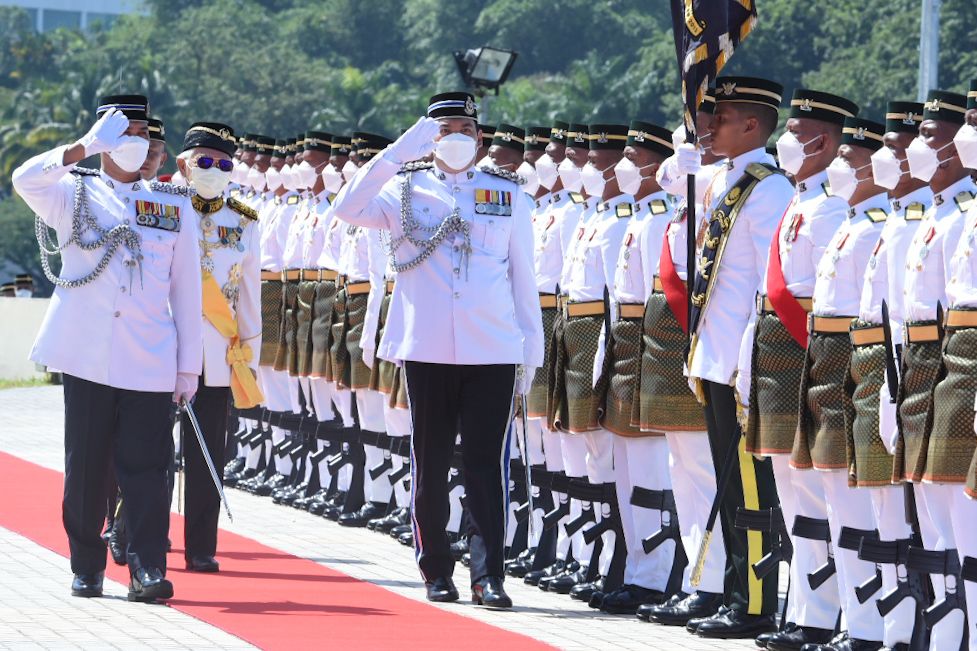 KUCHING (Oct 9): The 85th birthday of Sarawak Yang di-Pertua Negeri Tun Pehin Sri Abdul Taib Mahmud was celebrated in the new norm with everyone masking up for the grand ceremonial parade this morning at the State Legislative Assembly (DUN) Complex grounds.

Taib and his wife Toh Puan Datuk Patinggi Raghad Kurdi Taib arrived at the venue at around 10am.

The ceremony kicked off with the firing of the cannon while helicopters from the Royal Malaysian Air Force performed a flypast salute.

After he arrived at the main stage, the Head of State received the royal salute before the state anthem ‘Ibu Pertiwiku’ was played.

This was followed by the inspection of the guard-of-honour by Taib.

Prior to the parade by the armed forces, all who were present stood for the state anthem again. 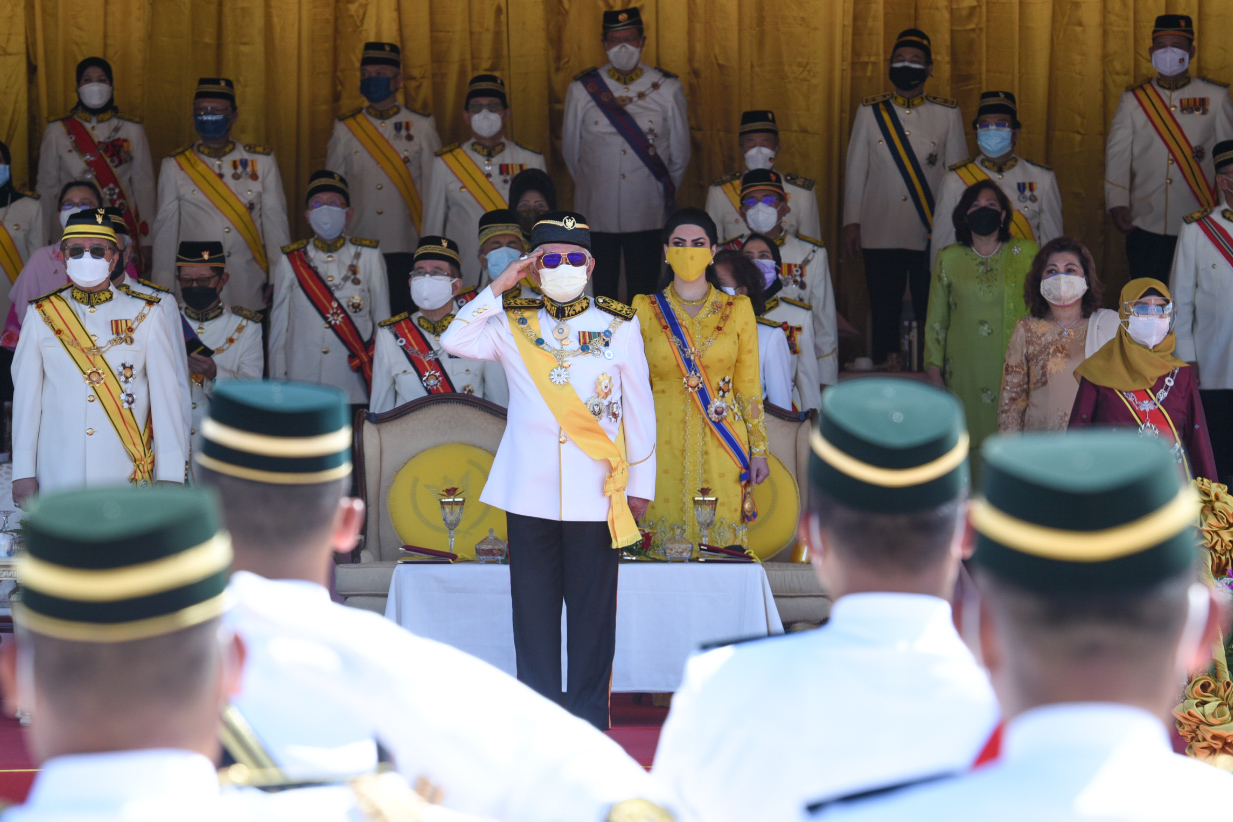 Taib salutes the parade as Raghad (right), Abang Johari (left) and some other state cabinet ministers look on. — Photo by Penerangan

The parade was accompanied by brass band members from the Royal Malaysia Police (PDRM).

The parade consisted of 106 personnel.

A cultural dance performance was next, titled Nada Persona Sarawak, which symbolised multicultural Sarawak. The performers were from the Persatuan Seni Sarawak, Dayak Cultural Foundation, Kumpulan Kesenian Petra and Performing Arts Sarawak under the supervision of the Sarawak Arts Council.

Also present at the ceremony were the Deputy Chief Ministers and other state cabinet ministers.

This year’s birthday celebration was held in a smaller scale compared to pre-pandemic years to comply with the National Recovery Plans (NRP) standard operating procedures (SOP).

Following the morning’s event, the celebration continued with the award investiture ceremony.