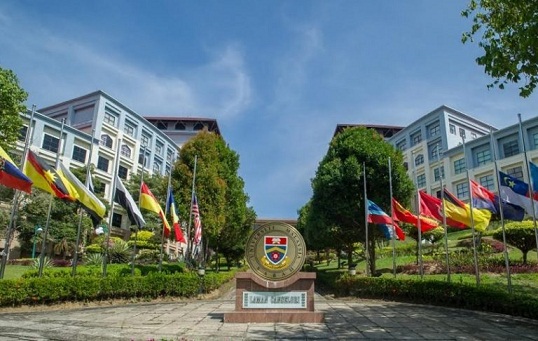 Local Government and Housing Minister Datuk Seri Panglima Masidi Manjun said the Health Ministry had agreed to enforce EMCO in the entire UMS campus in Kota Kinabalu based on the current risk assessment on the spread of Covid-19 in the locality.

During the duration of EMCO, he said all students and staff were not allowed to leave their residence.

Only essential services workers and those carrying out official government duties are allowed to work provided they have verification letters from their employers or valid work pass as well as police approval, he said.

Masidi, who is also Sabahs official Covid-19 spokesperson, said only one person from each residence would be allowed to purchase essential items from sundry shops in the EMCO area.

He added that all economic sectors were not allowed to operate except for sundry shops or mini markets (from 6am to 6pm) and markets or mobile markets (6am to 2pm for twice a week).

In addition, Masidi said only one person from each residence was allowed to leave the EMCO area with police permission to withdraw money from ATM or banks and to purchase essential goods.

For emergency cases such as illness or deaths, students and staff are required to obtain police permission to leave the EMCO zone.

He said all schools, mosques and other places of worship would be closed during the duration of EMCO, while social, recreational and cultural activities were banned as well.

The Health Ministry will conduct targeted screening on all students and staff.

The State Disaster Operation Control Centre will coordinate and distribute food aid by the State Government to those in need, he said in a statement on Monday.

On the other hand, he said 61 Covid-19 patients have recovered or discharged from hospital, bringing the cumulative recoveries to 54,184.

A total of 493 patients were still undergoing treatment, including 219 in hospitals and 274 in public Low-Risk Treatment and Quarantine Centres (PKRC).

There are 31 patients in intensive care unit and 17 require ventilators.

Meanwhile, Masidi said 121 individuals have received their first dose of vaccine on Monday, which raised the total to 42,782.

He said another 2,116 individuals have received their second dose of the Pfizer BioNTech vaccine, thereby bringing the cumulative total to 27,263.

The State Government has also distributed 296,638 food baskets to the affected groups to date.

On a separate matter, he said the police had issued compounds to 39 individuals in Sandakan for flouting the physical distancing rule.