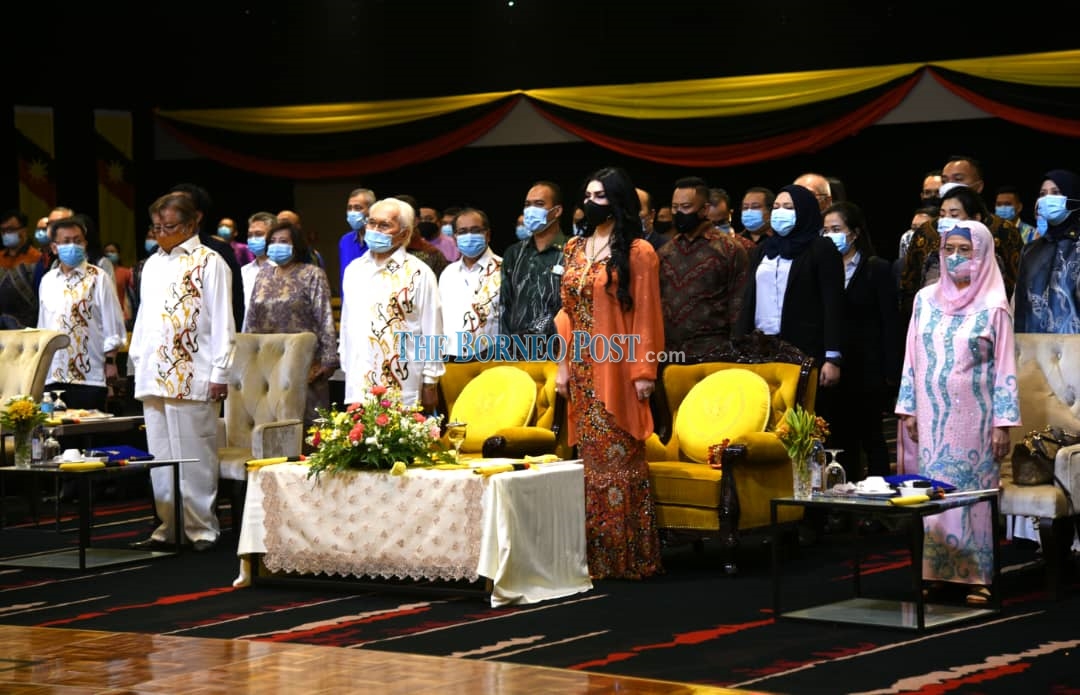 The chief minister in his Sarawak Day speech broadcast live from Pullman Hotel, Miri tonight said the majority of Sarawakians today are inheriting the legacy of their forefathers who had envisioned a better future for the generations after them.

“It does not work if we do not work hard. Now, we are duty-bound to build on what we have received from our forefathers and there is no other way for us to do it except for us to unite in a common goal towards creating a Sarawak Cemerlang,” he said.

He pointed out that today marked the 57th year of independence since Britain handed over the administrative power to the people of Sarawak to govern the state.

He said, the power has given Sarawakians an opportunity to build a solid foundation to ensure Sarawak would become a developed state.

“Sarawak is very lucky because a few months after I took over the leadership, I was able to take over the Bakun Dam with a worthwhile offer.

“This means that we have full power over the source of sustainable energy or renewable energy which is important for economic and industrial development,” he said.

The sustainable energy source is the catalyst for the development of heavy industry such as aluminum and ferro alloys under Sarawak Corridor of Renewable Energy (SCORE), especially in the Samalaju Industrial Park.

He added that Sarawak is now known for having prudent financial management that allows it to have relatively large reserves and that it has achieved excellent recognition from international rating agencies.

“A responsible government will ensure a stable and strong level of financials. Therefore, with the wisdom of the Sarawak government, we do not arbitrarily implement programmes to provide infrastructure and other infrastructure that can affect the position of our financial reserves.

He added that the government is also implementing infrastructure projects such as roads and bridges, water and electricity supply, especially in rural areas.

“A total of more than RM5.0 billion has been allocated for this purpose to provide better lives for the people,” he said.

On the development of petrochemical hub which is currently being constructed in Bintulu with a cost of RM3.74bil, Abang Johari said the project is expected to generate between RM16bil and RM20bil Gross Domestic Product (GDP) for Sarawak and create 74,000 job opportunities.

Earlier in his speech, Abang Jo expressed his appreciation to Head of State Tun Pehin Sri Abdul Taib Mahmud and other leaders who have contributed their services to ensure Sarawak is free from colonialism and become a state that is capable of determining its own future.

“Tun was a Sarawakian who not only had witnessed all these but was one of the leaders who had played a major role in the course of Sarawak’s history since July 22, 1963, the date when Sarawak was given the power to rule on its own by the British Empire,” he said.