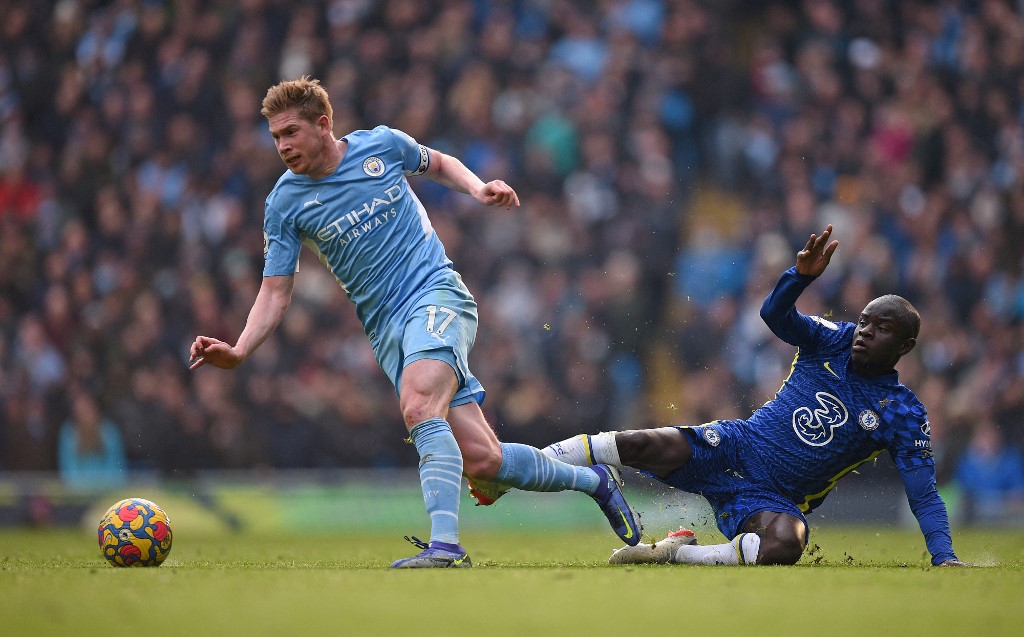 MANCHESTER (Jan 15): Manchester City took another huge step towards retaining the Premier League title as one moment of inspiration from Kevin De Bruyne saw off Chelsea 1-0 to open up a 13-point lead at the top of the table.

A game of few chances was brought to life by the Belgian 20 minutes from time as he curled home the only goal from outside the box to seal a 12th consecutive league win for the champions.

Chelsea got the better of Pep Guardiola’s men in last season’s Champions League final, but securing their place in Europe’s top club competition next season now looks like the height of their ambitions for the rest of the Premier League season.

The Blues remain second but have won just one of their last six league games.

Four of the five meetings between the sides since Thomas Tuchel took charge of Chelsea have been won by a single goal and another cagey encounter ensued.

Indeed City’s one clear chance before the break came from a Chelsea mistake.

Mateo Kovacic’s pass deflected off De Bruyne into the path of Jack Grealish, but the most expensive English player of all-time missed the chance to mark his biggest moment yet as a City player as his shot was turned behind by Arrizabalaga.

Chelsea’s own record signing Romelu Lukaku has had a similar underwhelming impact to Grealish.

The Belgian started for the fourth consecutive game since being dropped for a crucial clash against Liverpool earlier in the month for voicing his unhappiness at Stamford Bridge to Italian media.

Lukaku also had a huge chance to silence his critics early in the second half when he was picked out by Kovacic, but Ederson raced from his goal and made a fine save to low to his right.

Chelsea’s title challenge has faltered since losing the threat of wing-backs Ben Chilwell and Reece James to long-term injuries.

Chilwell’s understudy Marcos Alonso was given a torrid time by Raheem Sterling, but the England international lacked the finishing touch as he pulled a shot just wide after jinking past the Spaniard.

A top-of-the-table clash lacked the accompanying atmosphere for most of the match at a subdued Etihad.

However, the crowd were brought to their feet by the game’s outstanding moment as De Bruyne delivered what could be the knock out blow in the title race.

He held off the challenge of N’Golo Kante to spin onto Joao Cancelo’s pass before picking out the bottom left-hand corner of Arrizabalaga’s net.

Chelsea were unable to offer any response as they chased City shadows and could have lost by a more comprehensive scoreline.

Phil Foden shot over from Sterling’s cut-back, but one goal was all they needed to tighten their grip on a fourth league title in five years. – AFP