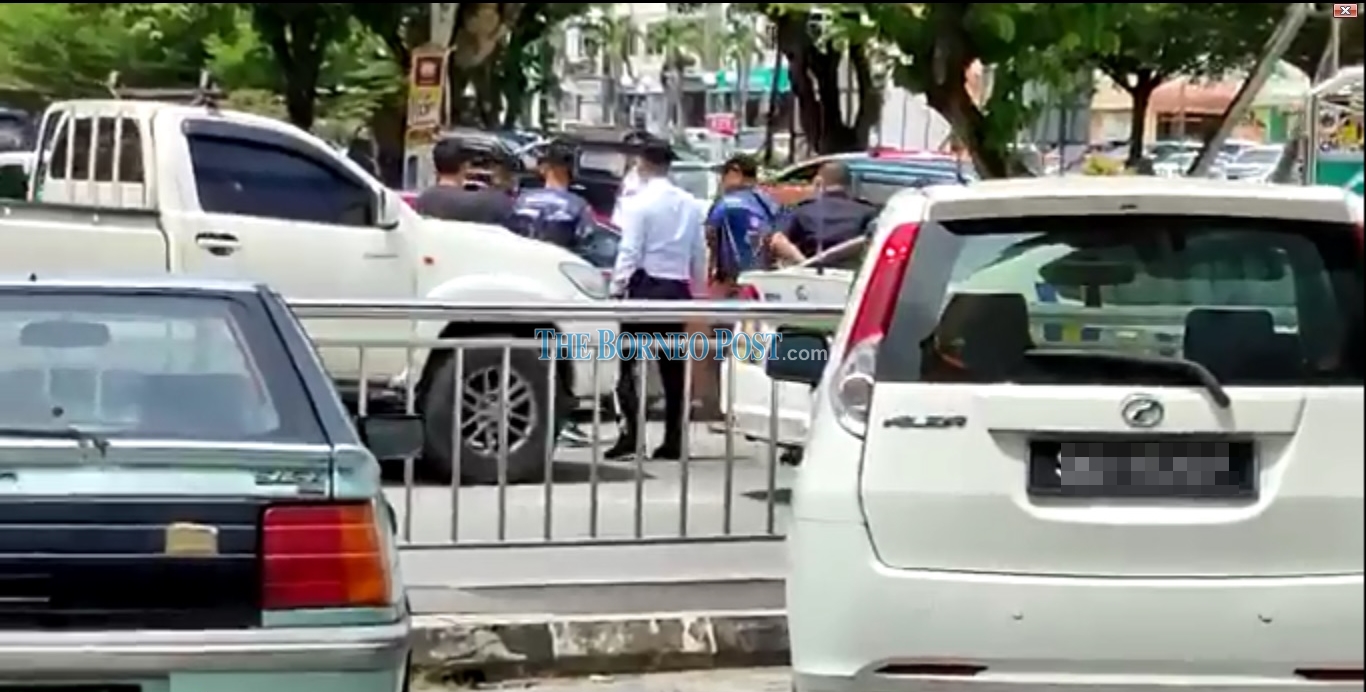 A video footage of police personnel trying to apprehend the suspect.

MIRI (Feb 23): Police have arrested a Bruneian woman after a high-speed car chase for about 38 kilometres (km) from ICQS Merapok to Lawas town at around 10.30am today.

Lawas district police chief DSP Roslan Leman when contacted said the police also had to fire a few gun shots at the 28-year-old suspects car tyre during the chase.

The shots were fired at the suspects tyre to ensure that she does not flee, added Roslan.

Fortunately, no one was injured during the incident.

According to him, the suspect, who was driving alone, had entered Lawas through Mengkalap ICQS from Temburong in Brunei and had driven until Merapok and entered Sindumin in Sabah before turning back to ICQS Merapok.

She crashed into the ICQS Merapok, causing the police who were on duty at the border to give the suspect a chase.

The suspect was later apprehended at a traffic light in Lawas town after about 30 minutes of the high-speed chase.

During interrogation, the suspect told the police that she was just looking for entertainment.

Further checks conducted found that the suspect did not have a passport with her and only had her Brunei identity card with her.

Roslan said the police are investigating the case under Section 186 of the Penal Code.