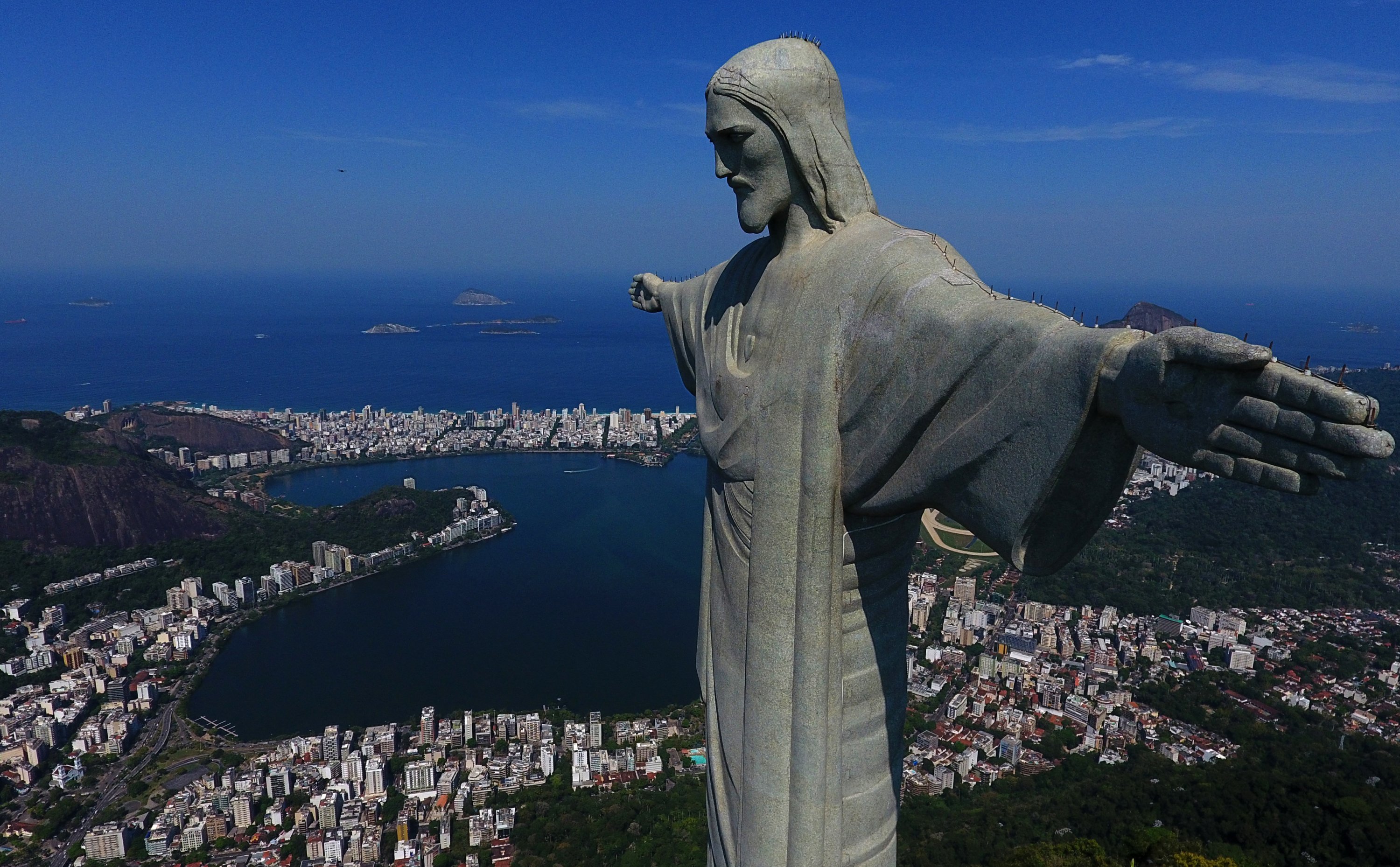 File photo taken on Aug 15, 2020, of a drone view of the Christ The Redeemer. Two French citizens were arrested on Aug 24, after spending the night perched on the statue. — AFP photo

RIO DE JANEIRO (Aug 25):Brazilian authorities have detained two French men for watching the sun rise over Rio de Janeiro from the top of the iconic Christ the Redeemer statue while the monument was closed, one of the travelers told AFP.

Clement Dumais, 28, and Paul Roux-dit-Buisson, 27, entered the site of the 38-metre (125-foot) monument Sunday night and stayed there after the statue was closed for the day. The two men snuck inside before dawn, climbed a long spiral staircase and came out through a hatch on one of the arms to enjoy the view of the city and Guanabara Bay. The statue’s outstretched arms span 28 metres.

The adventure ended when one of the security guards at the site noticed the men. “We were standing on the arms and the head and a security officer saw us,” Roux-dit-Buisson told AFP.

The two men were detained on Monday and released after posting 10,000 reais (US$1,900) in bail. The two will now have to appear before a judge.

Tourism police in Rio de Janeiro declined to comment, saying they were looking into the incident.

Hailing from Paris, the two men have staged similar feats at iconic architectural sites in Dubai, New York, and Paris and documented their adventures on social media.

Police have confiscated all the photos and videos the men made while on top of the Rio statue, but the travelers say they have no regrets.

“The view was nice. Few people get a chance to see that,” Roux-dit-Buisson said. “We were able to get inside the skin of Christ.”

The Christ the Redeemer statue, which will mark its 90th anniversary in October, was recently renovated with the help of professional climbers, who worked above the void in harnesses. In 1991 and in 2010, the statue was vandalized with graffiti.

Along with the Sugarloaf Mountain, the iconic statue, located at the top of Corcovado Hill, is the most visited site in the tourist capital of Brazil, with nearly two million visits a year. — AFP