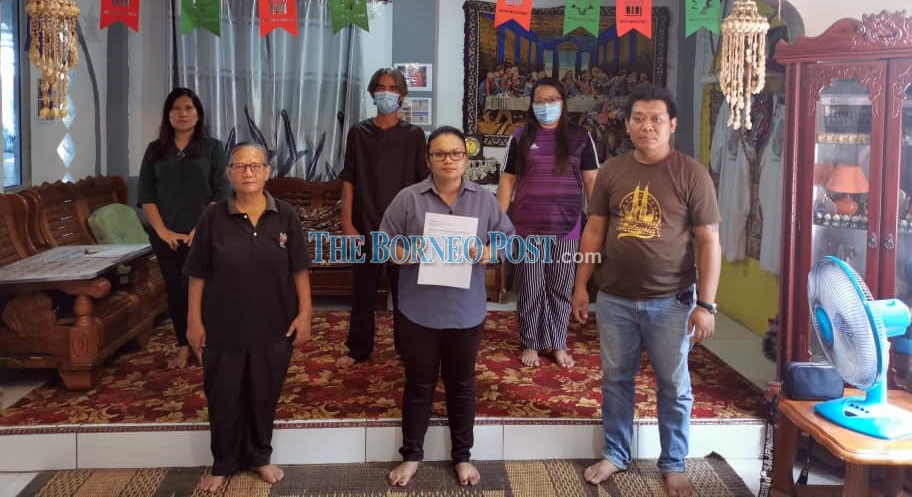 (Front row, from left) Patricia, Yen, Lawrence and others who have resigned from PKR.

She said her resignation as the head of the branch would take effect from today.

Yen said her post would be filled by her deputy Jubri Atak in accordance with the party constitution.

Yen said other branch committee members who have also resigned were its woman chief Patricia Limau Pantau, youth chief Lawrence Temba along with other members of the committee.

“We have decided to relinquish our position in PKR because we are deeply disappointed by the party leadership who failed to resolve the party’s internal turmoil for so long that it has led to discontent and disunity as it is now.

“I also learned that a large number of supporters of Norina Umoi Utot, a PKR candidate in the last general election and deputy vice-chairman of the Sri Aman branch, will follow her footsteps to exit the party,” she said in a press statement today.

Yen said she had also been in contact with the members of sub-branch under PKR Sri Aman branch, who had expressed their unhappiness and frustration after learning that the state leadership council was no longer headed by Baru Bian, who they regarded as the people’s hope to fight for native customary rights (NCR) land.

“To my former comrades who remain with PKR, I wish them well in their struggles,” he said.