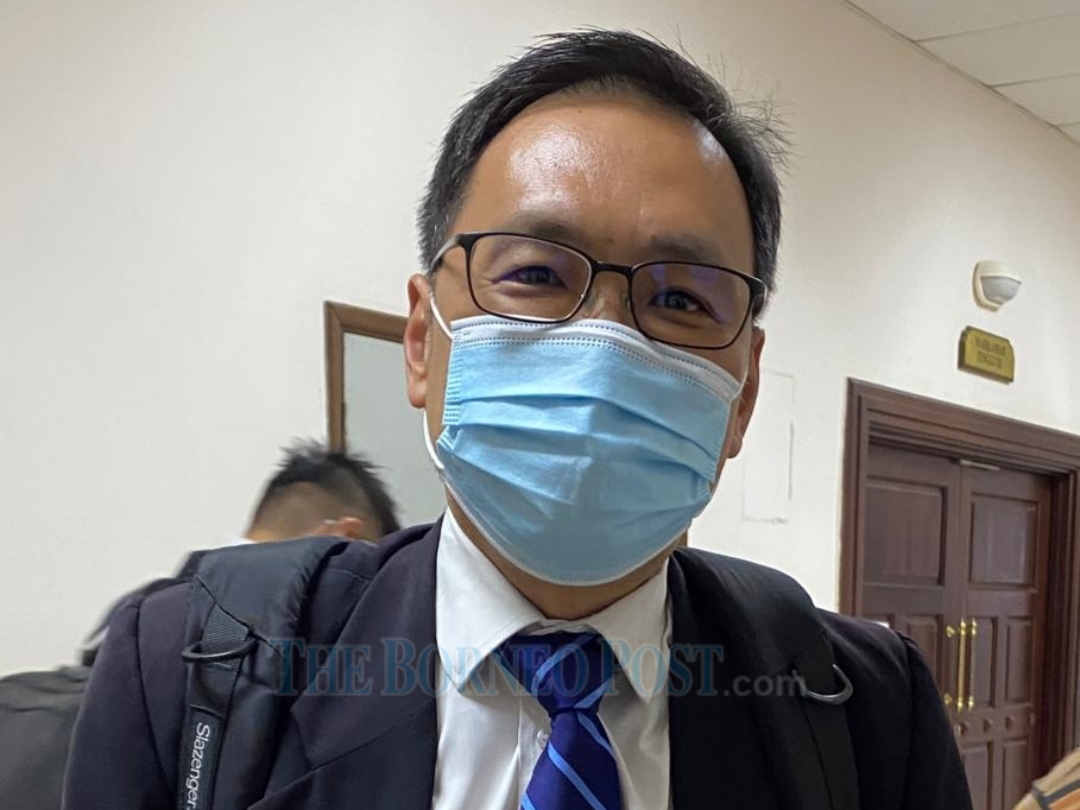 Chong speaking to reporters after the proceedings.

KUCHING (April 8): The High Court has set the trial of the Black Hole case to April 27 for the submission of application to set aside a subpoena involving an officer from Cahya Mata Sarawak (CMS) yesterday.

An officer from CMS through his lawyer, Lim Lip Sze, filed an application to set aside the subpoena requiring him to appear as a witness and provide evidence in the case.

Yesterday’s hearing saw the defendant, Sarawak DAP chairman Chong Chieng Jen being questioned by the plaintiffs (Sarawak Government and Sarawak Financial Authority) on pamphlets relating to the RM11 billion of lost government funds, which were distributed by Chong in 2013.

Chong, who is also Kota Sentosa assemblyman informed the court that he is very clear on the purpose or motive of publishing the pamphlet; to ensure that the Sarawak government will be more transparent and responsible in managing funds and allocating the RM11 billion from the trust fund.

Chong also said he had no control over the reactions of those who have read the pamphlet.
When met by reporters later at the court complex, Chong explained there were no allegations of corruption or anything illegal in the pamphlet.

“It is understood that this money has been allocated in the trust fund but other than that no other information has been released. This is what I have said in 2013,” he added.

He added that the Sarawak government was very secretive about the amount of funds, which is not good governance.

Chong also said it was his responsibility as an elected representative to speak on behalf of the people and everyone deserves to know where the money went.

Chong is representing himself, and is assisted by his special assistants Michael Kong, Sim Kiat Leng and Chong Siew Chiang in the case.

In 2013, Chong used the term ‘black hole’ to describe the RM11 billion which has gone missing from the state coffers.

The statement allegedly seemed to point that the Sarawak government and the Sarawak Financial Authority had channeled billions of ringgit for the benefit of private companies, crony companies or families.