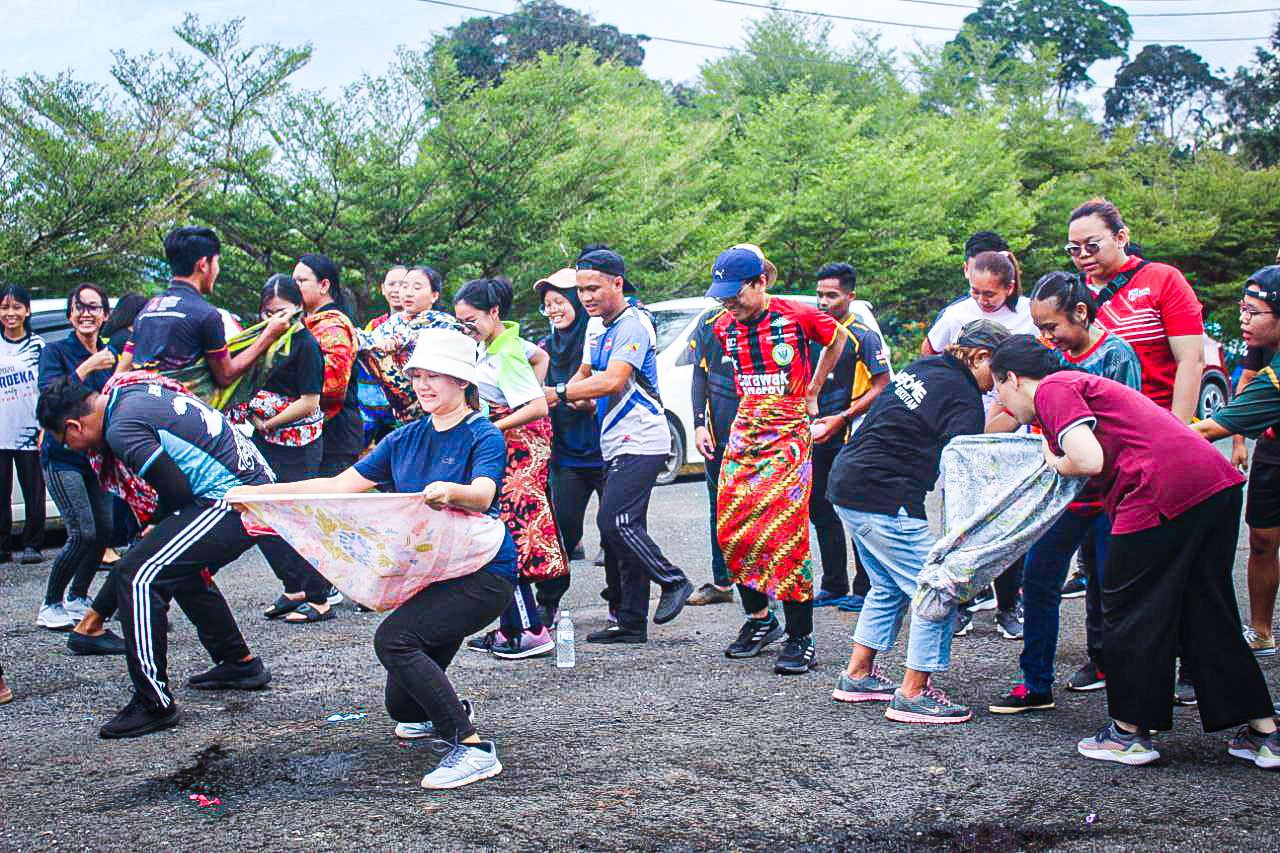 The participants enjoyed an exciting game with the local residents.

Its spokesperson Gloria Mendrick said the name of the programme was taken from the Iban language which means ‘We all gather together’ that involved students, lecturers and the local community from the 28-door longhouse.

“From the survey at the longhouse, we found that most residents know the basic knowledge of traditional farming but lack exposure on modern agricultural knowledge.

“Thus this programme was organised to increase their general knowledge apart from learning basic farming techniques that are environmentally friendly, simple and easy to understand.

“Besides that the programme was also aimed at fostering closer rapport between students and the local people and at the same time to build their own self-confidence in the activities including understanding local culture and customs such as ‘bertabuh’, ‘ngajat’ and ‘gagong’,” she said.

Among those who present at the closing of the programme were Sebauh district officer William Manggoi, Tuai Rumah Meikle Ding, programme director Julian Jawan and programme advisor Dr Jessica Jeyanthi.

Franklin talked about soilless agriculture while John and Lirong touched on the tree grafting technique and freshwater fish reproduction respectively.

The residents were also learned the good farming practices from demonstrations by Awie Danguah and Dennis Lek Gouk from Pusat Pertanian Putra of UPMKB.

“From this programme, the students learned and exposed to various knowledge and experiences that hopefully can shape their personality and also strengthening their soft skills which can only be obtained on the field and not in the classroom,” said Gloria.