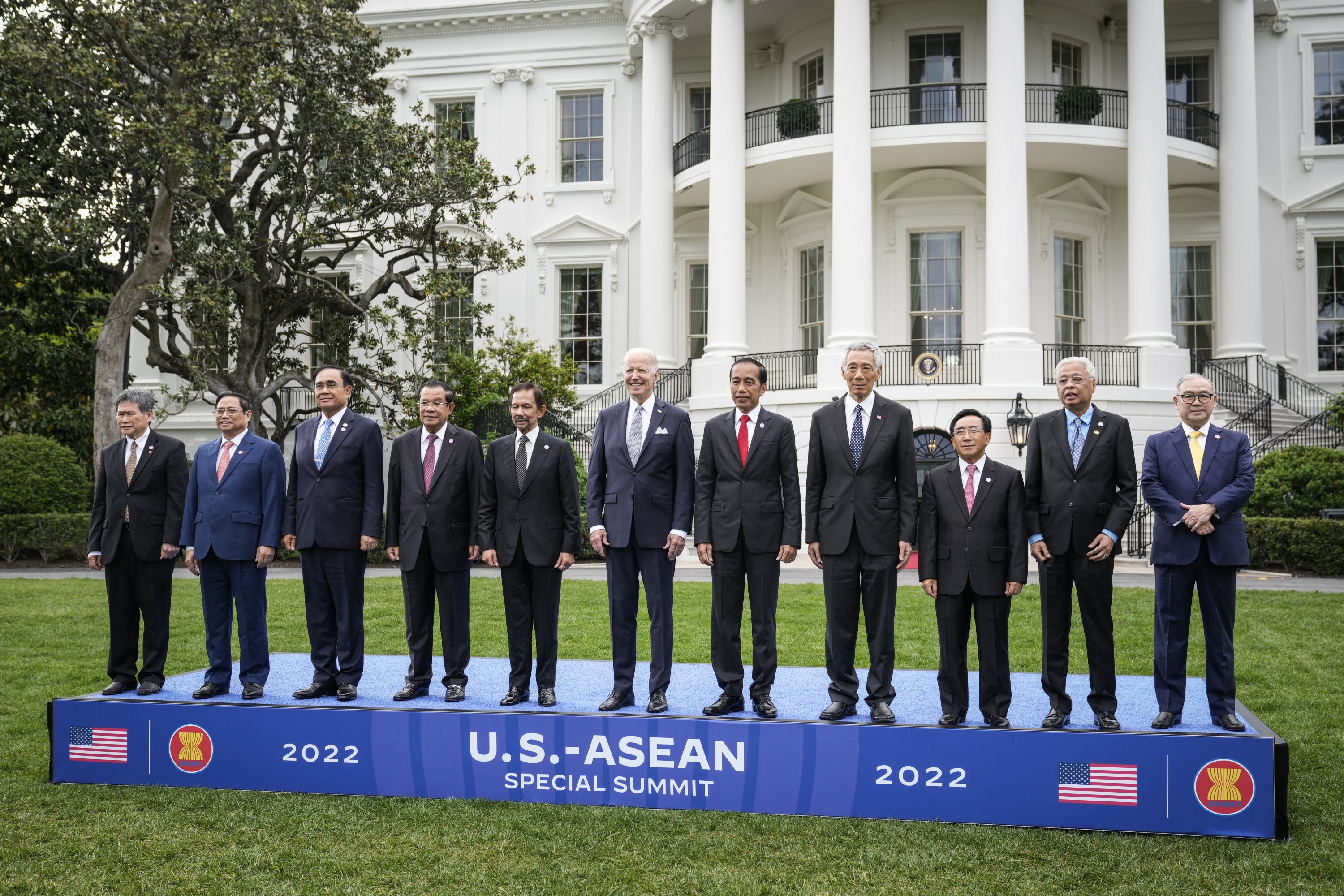 WASHINGTON (May 13):President Joe Biden on Thursday welcomed Southeast Asian leaders to Washington with promises to support clean energy and maritime security, hoping to showcase a US commitment as China makes wide inroads.

Top leaders from eight of the 10 members of the Association of Southeast Asian Nations (Asean) flew to Washington for the two-day summit, which opened with a closed-door White House dinner of thyme poached chicken and vanilla ice cream.

The Biden administration, which took office describing China as the top international challenger, is eager to prove it is still prioritizing Asia despite months of intense focus on repelling Russia’s invasion of Ukraine.

The White House announced some US$150 million in new initiatives — a modest sum compared with a US$40 billion package for Ukraine and with the billions pumped into the region by China, which has also flexed its muscle in the dispute-rife South China Sea.

But the United States said it was working with its private sector and it plans to unveil a broader package, the Indo-Pacific Economic Framework, when Biden travels next week to Tokyo and Seoul.

“If left unchecked, we leave the door open to additional aggression, including maritime issues and other issues in the South China Sea,” she said.

Pelosi called the summit “another manifestation of America’s commitment to be a strong, reliable partner in Southeast Asia”.

In a contrast to China’s hands-off approach, Pelosi said she believed in “candor” and urged the Southeast Asian leaders to respect human rights, voicing particular concern about LGBTQ people.

“ me be clear: when we hear about torture of LGBTQ people, that is unacceptable to the American people — and continues to be an obstacle to the full respect in our relationship,” she said.

Pelosi did not single out countries but Brunei and Indonesia’s Aceh province have both triggered uproars with laws that allow for physical punishment over consensual gay sex.

In the biggest chunk of the new funding, the White House said it was committing US$60 million to new maritime initiatives that will include the deployment of a Coast Guard cutter and personnel to fight crime including illegal fishing.

The White House said it was also devoting US$40 million to invest in clean energy in the climate change-vulnerable region and was working with the private sector to raise up to US$2 billion.

Another initiative — launched as Biden separately held a virtual summit on Covid — includes a project to test for emerging respiratory diseases through a new office in Hanoi of the US Centers for Disease Control.

“I hope this meeting can build a momentum for the return of the US presence in the region,” Indonesian President Joko Widodo told a sideline forum of the US-Asean Business Council.

Southeast Asia has often been seen as a victim of its own success, with the United States focused elsewhere for lack of pressing problems in the region.

But in Myanmar, once hailed as a democratic success story, the United States has been ratcheting up pressure since the junta in February last year toppled Aung San Suu Kyi’s elected government.

The United States symbolically represented Myanmar with an empty chair at the summit.

The democratic leadership in exile was invited to Washington and met Deputy Secretary of State Wendy Sherman but did not represent Myanmar in talks.

The Philippines also did not send its leader and was represented by its foreign minister after holding elections on Monday.

Leaders who are participating include Cambodia’s veteran strongman Hun Sen, who is ASEAN’s current chair, and Thai Prime Minister Prayut Chan-O-Cha, the former army chief who led a 2014 coup.

“If the US doesn’t publicly raise human rights concerns during meetings, the message will be that human rights abuses are now tolerated in the name of forging alliances to counter China,” said John Sifton, the group’s Asia advocacy director. — AFP