Biden warns Kabul bombers we will hunt you down 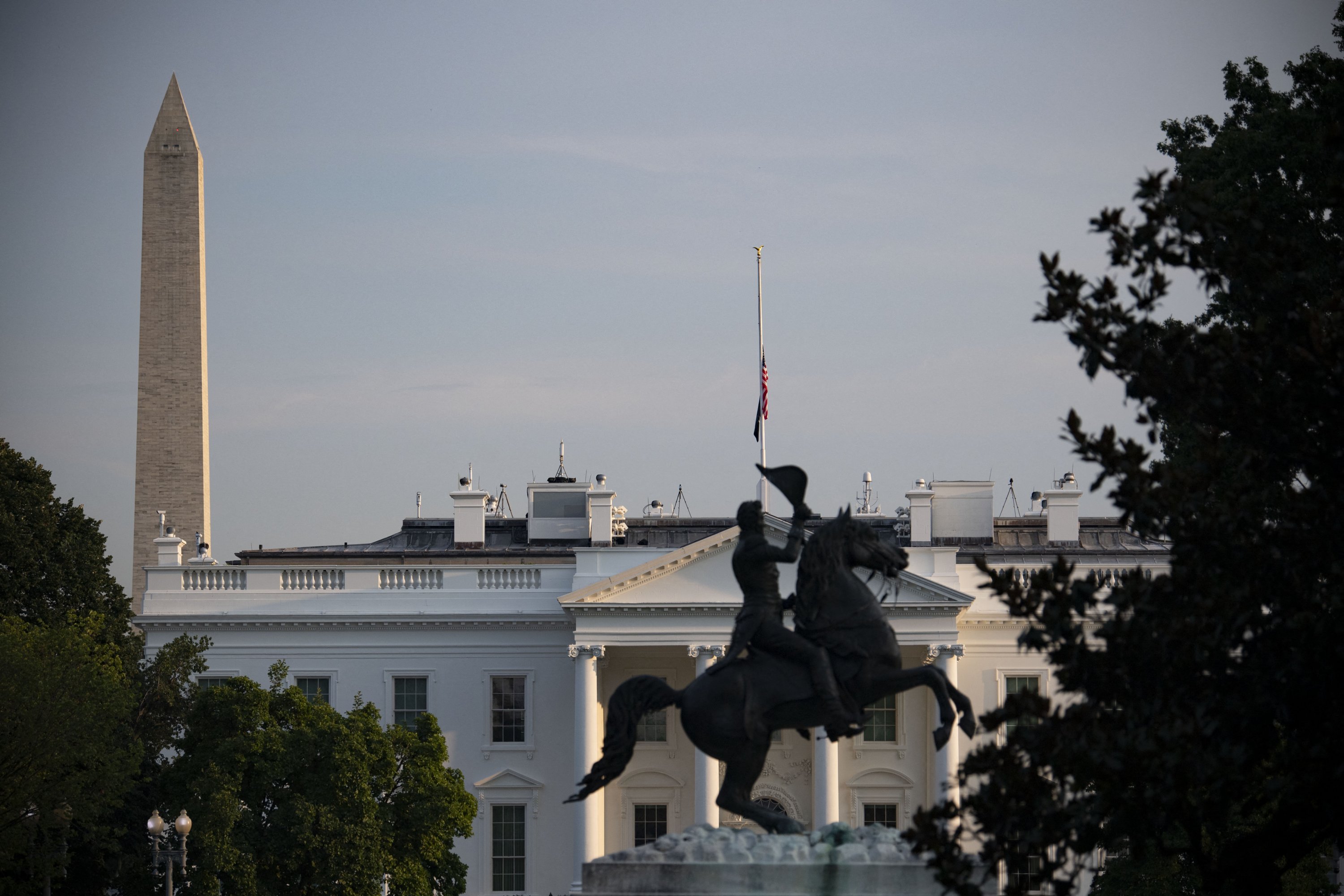 The US flag flies at half mast over the White House after Biden delivered remarks on the terror attack at Hamid Karzai International Airport, and the US service members and Afghan victims killed and wounded, in Washington, DC, on Aug 26, 2021. — AFP photo

WASHINGTON (Aug 27): US President Joe Biden pledged Thursday to hunt down the perpetrators of the suicide bombings that killed 12 American troops in Kabul and said the United States will not be deterred from its mission to evacuate thousands of civilians from Afghanistan.

In a solemn address from the White House, he praised the slain US servicemen as “heroes” and said the evacuation mission from Kabul will continue until the planned US withdrawal date of Aug 31.

“We will not be deterred by terrorists. We will not let them stop our mission. We will continue the evacuation,” Biden said.

He reaffirmed the Aug 31 deadline for all US troops to leave Afghanistan and said the US forces would fly out as many people as possible before that date.

There remains an “opportunity for the next several days, between now and the 31st, to be able to get them out,” he said.

“Knowing the threat, knowing that we may very well have another attack, the military has concluded that that’s what we should do. I think they are right.”

Biden also said he has seen no evidence that the Taliban colluded with Islamic State militants in carrying out the deadly attacks in Kabul.

“There is no evidence thus far that I’ve been given as a consequence by any of the commanders in the field that there has been collusion between the Taliban and ISIS in carrying out what happened today,” he said. — AFP