Biden and Putin: No love lost 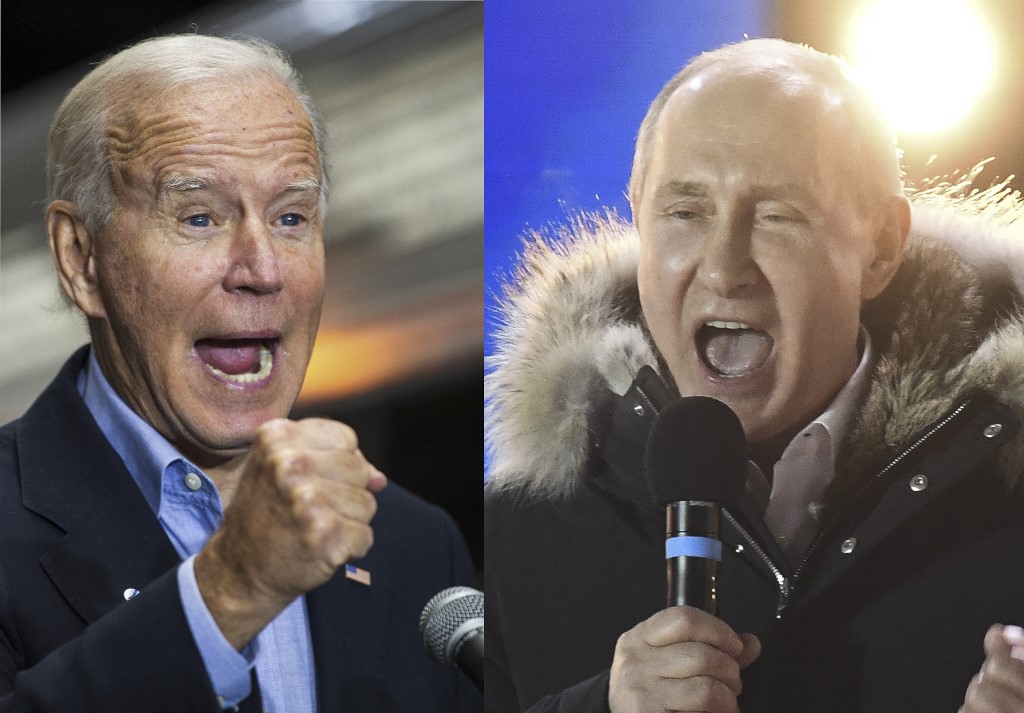 This combination of pictures created on June 07, 2021 shows Russian President Vladimir Putin (R) addressing his annual press conference in Moscow on December 19, 2019 and US President Joe Biden swearing in presidential appointees during a virtual ceremony in the State Dining Room of the White House in Washington, DC, after being sworn in at the US Capitol on January 20, 2021. — AFP photo

PARIS, France (June 8): US President Joe Biden and Russian counterpart Vladimir Putin are set to meet in Geneva next week, in their first presidential encounter.

It’s likely to be a strained affair — Biden’s description of Putin as “a killer” was just one of several icy exchanges between the two leaders.

Shortly after taking office, Biden gives a tough speech at the State Department that is a 180-degree pivot from his predecessor Donald Trump’s muted approach to Moscow.

He pledges to toughen the US stance on Putin, for whom Trump had voiced admiration.

“I made it clear to President Putin — in a manner very different from my predecessor — that the days of the United States rolling over in the face of Russia’s aggressive actions, interfering with our elections, cyber attacks and poisoning its citizens are over,” Biden said in February.

The Kremlin slams what it calls Biden’s “very aggressive and unconstructive rhetoric”.

“We’ve already said that we will not heed patronising statements of this sort. We will not do it,” Kremlin spokesman Dmitry Peskov tells reporters.

In an interview with ABC News broadcast in March, Biden says Putin will “pay a price” for allegedly trying to undermine his candidacy in the US 2020 election.

Asked if he thought Putin was “a killer,” Biden replies, “I do.”

The spark the biggest crisis between Russia and the US in years, with Moscow recalling its ambassador for consultations and warning that ties were on the brink of outright “collapse”.

In response Putin mocks Biden, saying “it takes one to know one”.

“We always see in another person our own qualities and think that he is the same as us,” Putin adds.

A bid to cool tensions comes in April when Biden, after announcing sanctions against Russia, says that for both countries “now is the time to deescalate”.

During a phone call, Biden says he was “clear with President Putin that we could have gone further” but adds that Washington is “not looking to kick off a cycle of escalation and conflict with Russia.”

He proposes the two leaders hold a summit meeting in a third country to discuss Russian sabre rattling on Ukraine, the treatment of jailed Putin opponent Alexei Navalny, and other flashpoints.

Late in May Biden announces that the summit will take place on June 16 in Geneva.

In his remarks Biden also reiterates his tough line on Moscow, saying the US will push Russia on its human rights record.

“I’ll be making it clear that we will not stand by and let him abuse those rights,” Biden says.

“We are not under any illusions and we are not trying to create the impression that there will be any breakthrough, any historic fateful decisions,” he says. — AFP