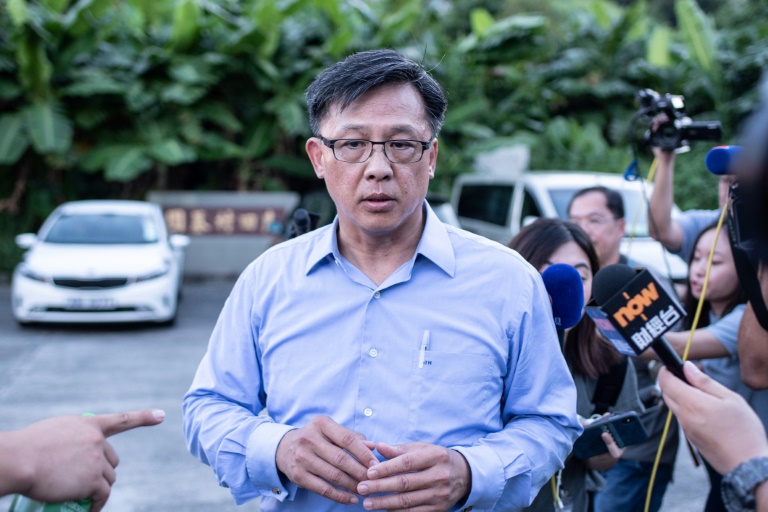 Junius Ho has become one of the most loathed establishment figures among democracy protesters. – AFP file photo

A firebrand pro-Beijing politician in Hong Kong was wounded in a knife attack on Wednesday, the latest tit-for-tat political violence to break out in a city engulfed by months of pro-democracy protests.

A man holding a bouquet of flowers approached Junius Ho on Wednesday morning as the politician was campaigning with party members in his constituency of Tuen Mun, a town on the outskirts of Hong Kong near the border with China.

The man gave Ho the flowers, asked to take a picture and then pulled a knife from his bag before striking his victim in the chest.

Ho and his aides quickly subdued the man who could be heard shouting in Cantonese: “Junius Ho, you scum!”

Police said three people were wounded in the incident, including the attacker.

A police source, who declined to be named, told AFP that Ho received a stab wound to the left side of his chest and the attacker was arrested.

Ho, 57, was conscious when he got into the ambulance.

Alongside Hong Kong’s leader Carrie Lam and police chief Stephen Lo, Ho has become one of the most loathed establishment figures among democracy protesters.

He has long been one of the most stridently pro-Beijing politicians in the city.

But he shot to notoriety on 21 July after he was filmed shaking hands with a group of men in the town of Yuen Long who went on to beat protesters with sticks and poles, hospitalising 40 people.

Last month he accused a prominent opposition lawmaker of “eating foreign sausage” because she is married to a British journalist.

After the Yuen Long attack, Ho’s office was ransacked by protesters and the graves of his parents were also vandalised.

Hong Kong has been upended by nearly five months of huge and increasingly violent protests calling for greater democratic freedoms and police accountability.

Beijing and the city’s leadership have taken a hardline against the protests, refusing concessions.

With no political solution in sight, street fights have broken out on both sides of the ideological divide with growing frequency.

Beijing supporters have attacked opponents throughout the summer, often in targeted assaults against prominent government critics and opposition politicians.

Eight pro-democracy figures have been attacked, including protest organiser Jimmy Sham who was hospitalised last month by men wielding hammers.

On Sunday, a man with a knife attacked democracy protesters including a local politician who had his ear bitten off.

But the violence is far from one-sided.

On Saturday, a man was beaten unconscious and stripped naked in the district of Mongkok.

Beijing has shown no willingness to meet demonstrators demands and activists show no sign of leaving the streets with 22 consecutive weekends of unrest. – AFP