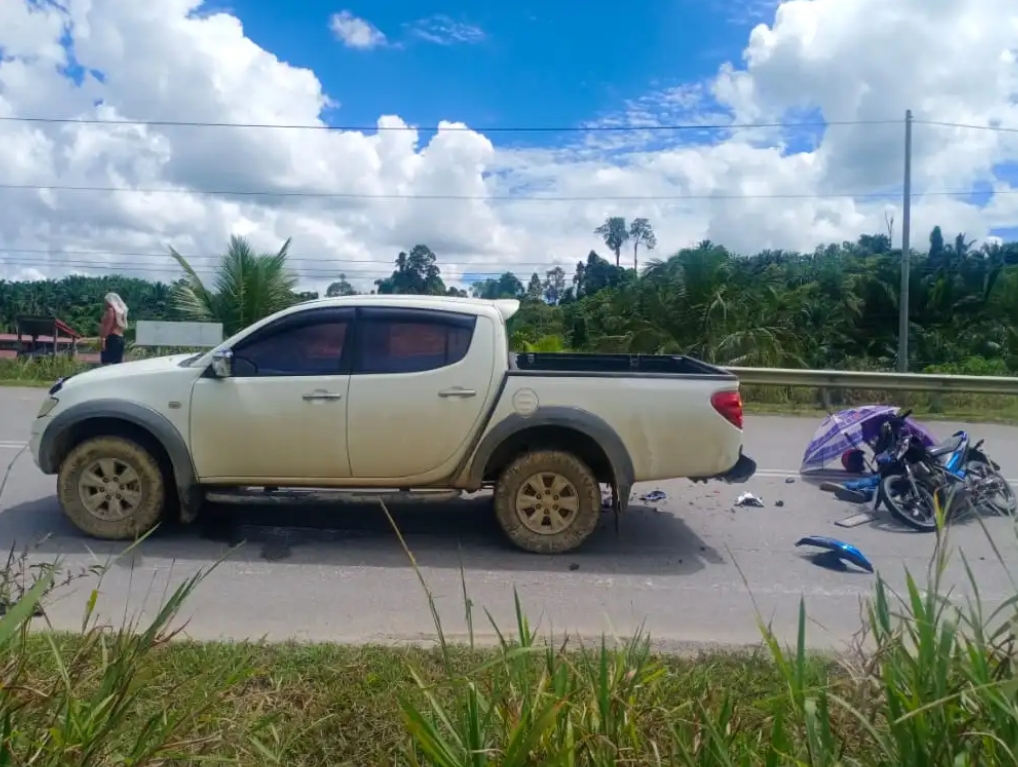 Police photo shows the scene of the fatal accident.

MIRI (May 12): A 52-year-old plantation security guard died after his motorcycle crashed into a pickup truck at Jalan Beluru-Lapok near Rumah Jantan Sungai Bakas in Marudi around 1pm yesterday.

Preliminary investigation found that upon arrival at the road going down a hill, the motorcyclist was unaware that there was a four-wheel drive vehicle in front waiting to enter the left junction, resulting in him hitting its rear right side.

The motorcyclist suffered severe injuries as a result of the accident, he said in a statement.

Medical personnel from Beluru Health Clinic pronounced the victim dead at the scene.

The 48-year-old male pickup truck driver and his 54-year-old female passenger did not suffer any injuries.

Pius body was later handed over to Miri Hospital for a post-mortem.

The case is being investigated under Section 41 (1) of the Road Transport Act 1987.