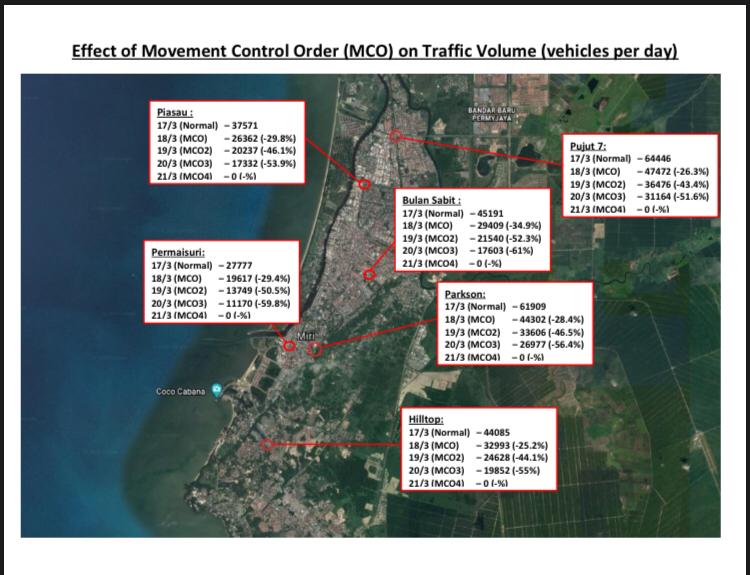 MIRI: There has been an average reduction in traffic volume since the Movement Control Order (MCO) came into force on March 18, says Transport Minister Datuk Lee Kim Shin.

Lee said that he had been monitoring the traffic volume at six junctions which were installed with smart traffic lights using artificial intelligence (AI) around the city. 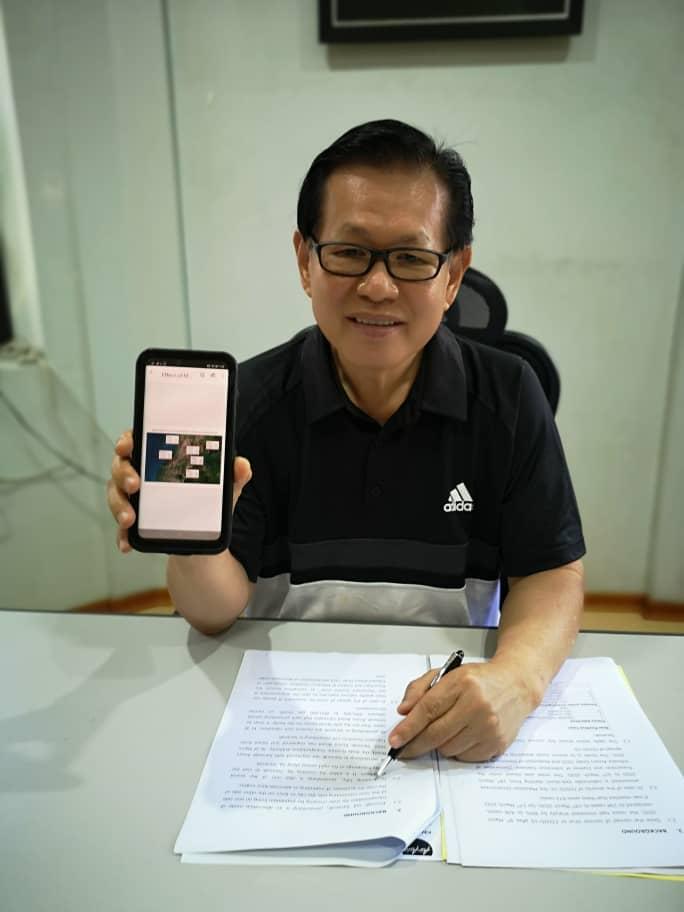 Lee who is currently working from home, shows data gathered from the smart traffic lights.

The data gathered from Miri has shown an average reduction in traffic volume since the MCO was enforced on March 18, as compared to a day before (March 17), said Lee when contacted by The Borneo Post today.

We have also gathered data from the respective smart traffic lights in Kuching of number of vehicles passing through daily. 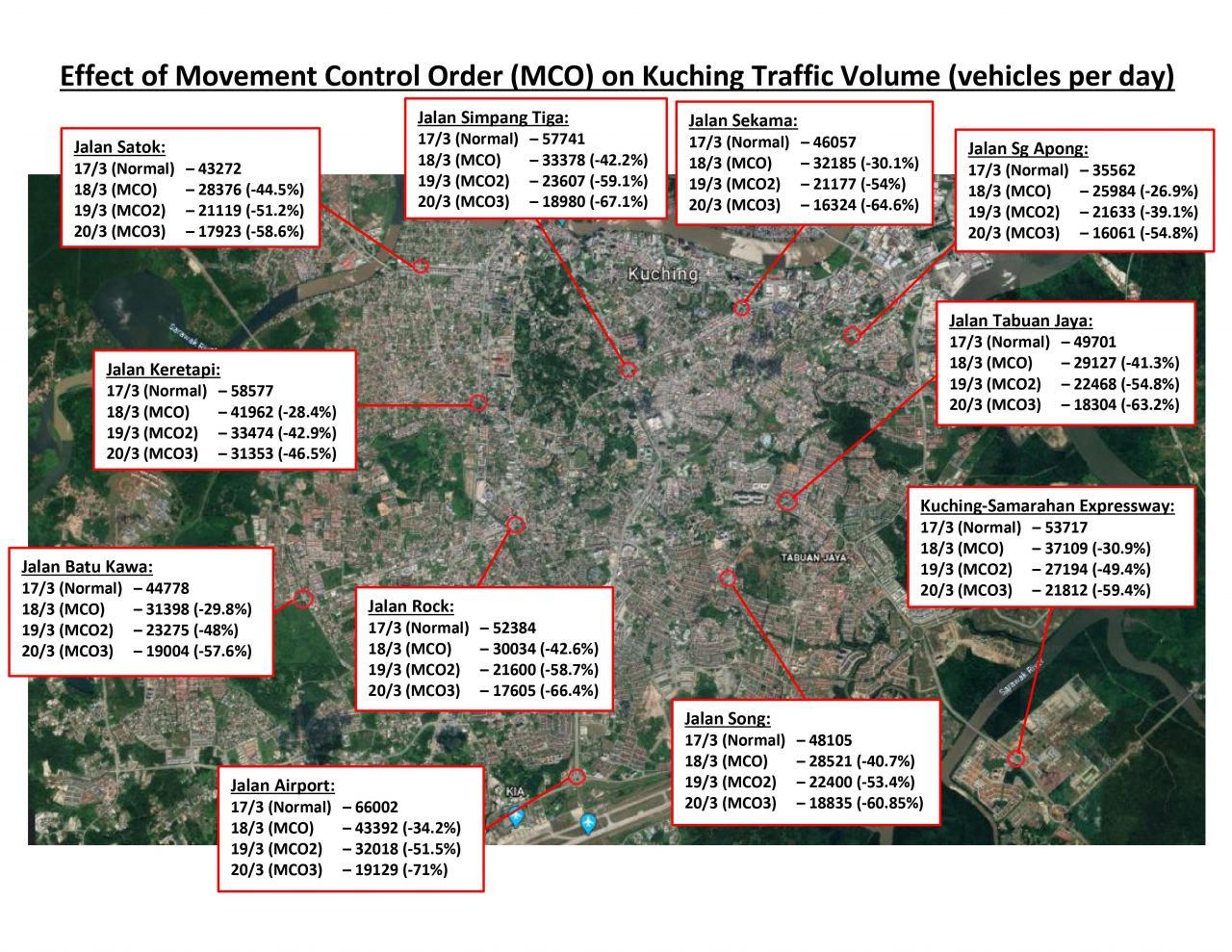 An infographic showing the effect of MCO on traffic volume (vehicles per day) in Kuching.

The data collected will give us a general indication of the number of people going into the city areas and will be useful in monitoring people and traffic movement under MCO, he said.

We will be monitoring the vehicle volume daily and share the information with the Sarawak Disaster Management Committee, he added.