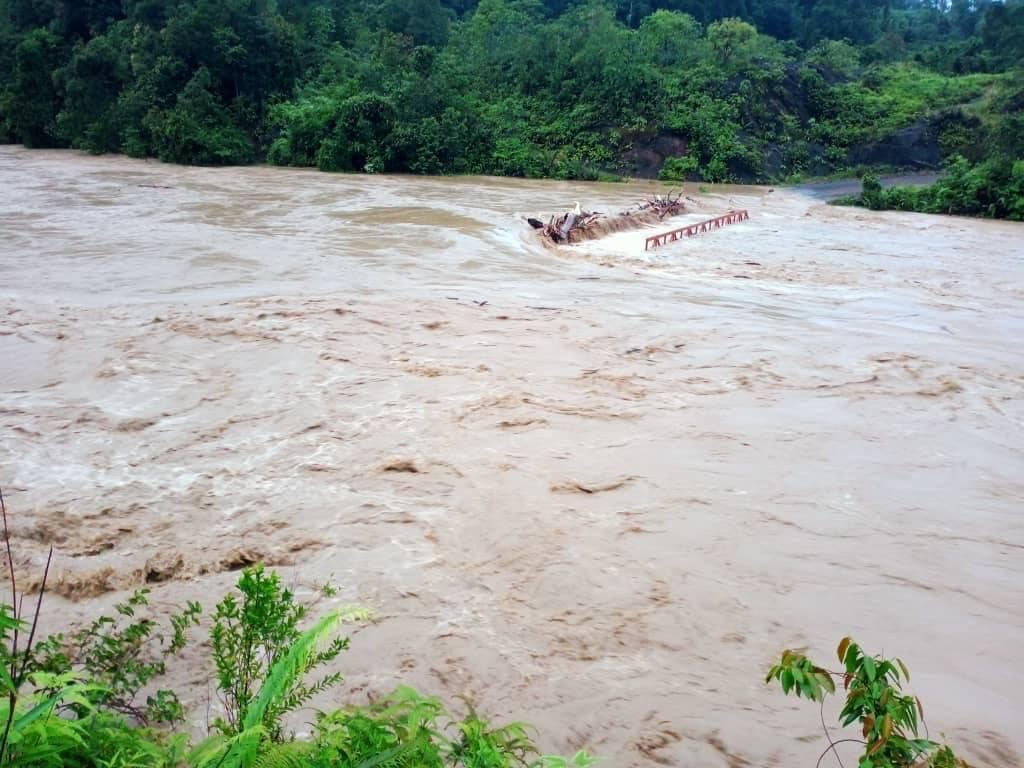 Photo widely circulated on social media shows the Tutoh bridge being swept away by currents in May this year.

MIRI (Oct 11): The relevant authorities have been asked to reconstruct the Tutoh bridge, which was swept away by a massive flood in May.

In making the appeal, Telang Usan assemblyman Dennis Ngau pointed out that over 700 mainly Penan and Kelabit folk from Long Seridan have been largely cut off from the outside world since then.

He said despite several calls and appeals to various agencies, there has been no effort to rebuild the bridge so far.

For the freshest news, join our Telegram channel.

“I am very disappointed. (State Legislative Assembly deputy Speaker) Datuk Gerawat Gala and myself have written letters to the relevant authorities to look into the matter, but to date there has been no response.

“I have also spoken to a representative from the Sabah Sarawak Gas Pipeline (SSGP) operating in the area to assist us. He promised to look into it, but to date, there has been no response as well,” Dennis said in an interview today. 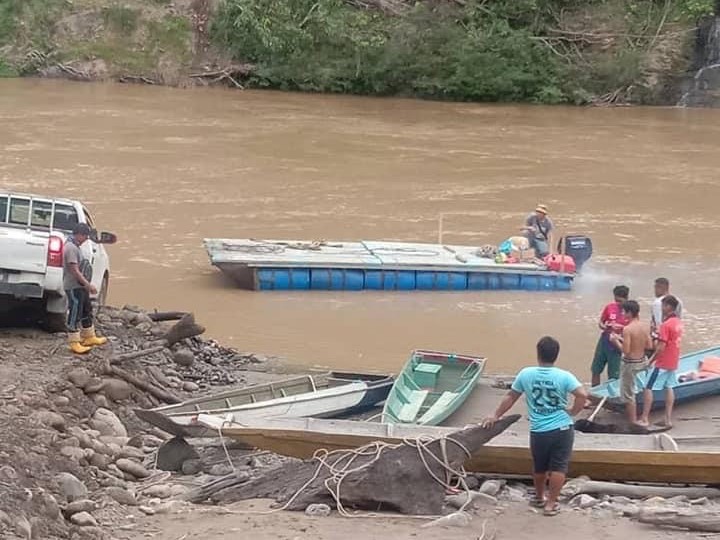 It is understood that a makeshift ferry service has been set up to transport vehicles across the Tutoh river.

One user revealed he had to pay RM350 to use the service.

“If you are in desperate, you do not have much choice. I paid RM350 per crossing the river in a ferry which does not have safety features at all,” said the user.

When asked about the makeshift ferry operation, Dennis said it was a private service.

“If I am not mistaken, it was built by a contractor operating at the other side of the river to transport construction materials.

“I am not surprised though if they are charging RM350 per crossing because it is a private ferry,” said Dennis.

He stressed rebuilding of the bridge is crucial for the community, especially for emergency cases.

According to Dennis, the Tutoh bridge is not only important to the community living in Telang Usan constituency, but also links Limbang and Lawas with Miri.

“With a lot of difficulties faced by our people, especially those from rural areas, I hope the relevant authorities would look into this matter and speed up the building of a new bridge, which is the lifeline of the community there,” he added.

Without the bridge and Brunei extending its border closure, the only other transportation option for the people is very limited flights.

It is understood that those wishing to bring a vehicle to Limbang, Lawas, or beyond through Brunei have to use a private transporter with charges between RM800 and RM1,200.