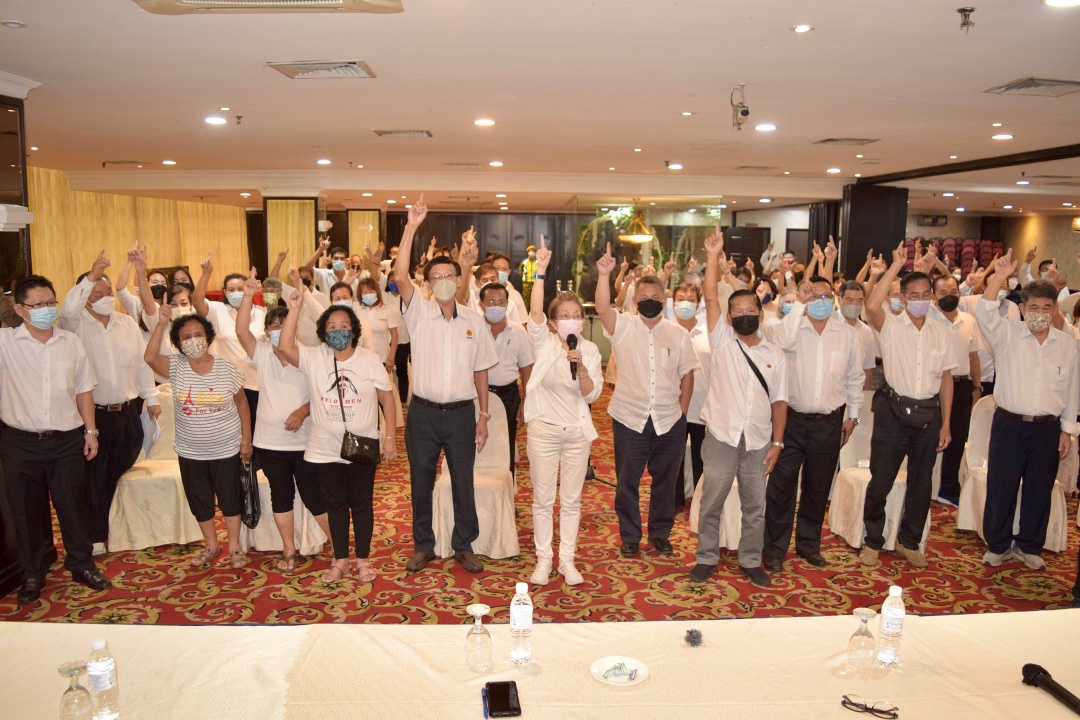 The EGM, chaired by chairperson of the branch Datuk Lily Yong, was a closed-door affair.

Prior to chairing the meeting, Yong said the branch’s secretary-general will make a public announcement should any outcome transpire at the EGM.

“This EGM is closed-door but we understand that there are press members here. So we will pose for a photo or two for the press before our meeting.

“If there is any outcome from our meeting, our secretary-general will keep the press informed. It won’t be as soon as tonight,” she said before the photocall.

Yong, who is also SUPP vice president, did not touch on the agenda of the EGM.

On Jan 16, SUPP president Dato Sri Dr Sim Kui Hian said Yong had been referred to the party’s disciplinary committee over the dissolution of the branch’s election machinery for Padungan just days before the state election on Dec 18 last year.

The Deputy Chief Minister said the committee will hear the case and probe the matter before presenting its findings to the party’s Central Working Committee (CWC).

Dr Sim said no time frame had been set for the disciplinary committee to look into the matter.

On Dec 13, Yong announced the branch would dissolve its election machinery for Padungan in protest over the candidacy of Gabungan Parti Sarawak (GPS) candidate Datuk Wee Hong Seng, who is Kuching South mayor.

Yong had said Wee was not the branch’s recommended candidate, and that his selection had left branch members feeling very disappointed and deceived.