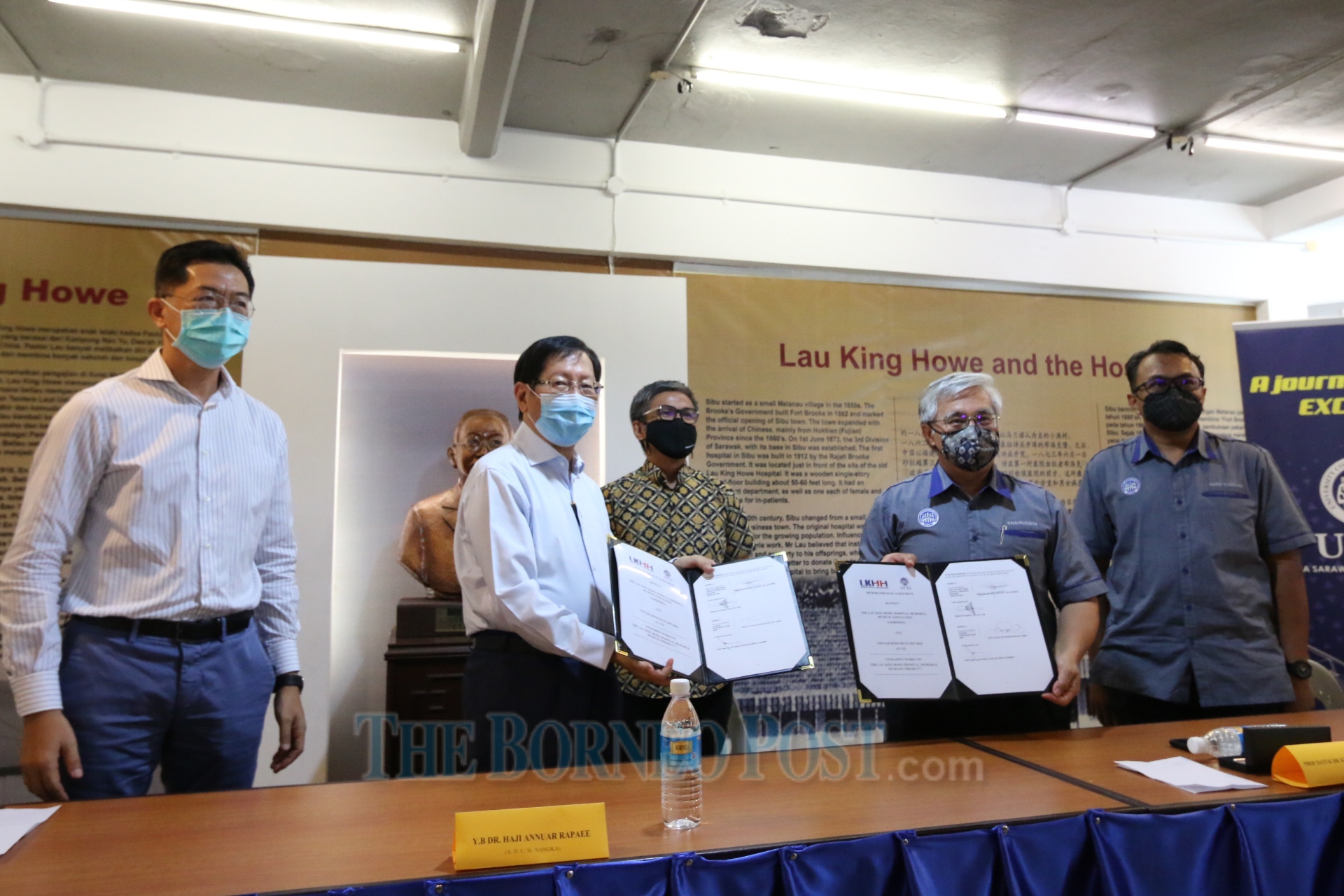 It was witnessed by Education, Science and Technological Research Assistant Minister Dr Annuar Rapaee, who is also UCTS chairman.

During the ceremony, Dr Annuar presented RM50,000 as fund for UCTS to come up with a study and proposal to uplift and restore the museum.

In six months, they will come up with a proposal to be presented to the state government for the further development of this museum.

The six months is not only for the design, but they have to do a lot of research. They need to do research on all the equipment, the old apparatus, so it is a lot of work. The money that I contributed is meant for that only, Dr Annuar told reporters after the signing ceremony.

During his speech, he said Lau King Howe Hospital is very dear to his heart because he was born there, his mother was the first Malay to work at the hospital and it was the first place where he worked as a doctor after graduating from medical school.

He said although he was glad that the museum had been maintained quite well by the association, he was not happy because only less than 10 per cent of the actual building had been preserved.

If you see the old picture, it was very beautiful, when you enter, I remember on the left was the emergency department, on the right was the laboratory, then there was outpatient department and we had beautiful wards along the corridor.

I could remember the names of the wards, all those fantastic names unfortunately had been demolished for the so-called development. This is the very sad part of the history of this hospital, he lamented.

Built in 1936 and serving the people until 1994, the hospital had become the centre of unity in Sibu, he added.

He also proposed to set up a Babies of Lau King Howe foundation to receive donations for maintaining the museum.

No need to form an association, but to create an entity where the babies of Lau King Howe donate RM1 or RM2 every year to maintain this museum.

If Mr Lau King Howe could donate almost all his properties to build this hospital, what is RM1 to us for this museum, he said.

Meanwhile, Khairuddin in his speech said under the MoA, the association will appoint a team of professional architects, professional IT technicians and lecturers from UCTS as project consultants for the renovation and upgrading of the museum.

He said in order to proceed with any development work to the site or building, including conservation and upgrading works, a Conservation Management Plan (CMP) and Heritage Impact Assessment (HIA) need to be prepared as stipulated under Sarawak Heritage Ordinance 2019.

A dilapidation survey report also needs to be prepared to ascertain the existing structure and condition, and to record any kinds of defects of the building.

He also said that the team would be responsible for the digitalisation of documents and museum exhibits.

They will also be involved in the design and development of animation characters based on the history of the hospital, he said.

Besides that, he added, the UCTS team will also produce three short animation clips to depict the founder himself and the history of the hospital and the knowledge and values to be shared by the new generation.

He also said the same team was involved in the conservation work for Masjid Al-Qadim in Sibu, Fort Brooke in Julau, Fort Emma in Kanowit and Fort Lilly in Betong.