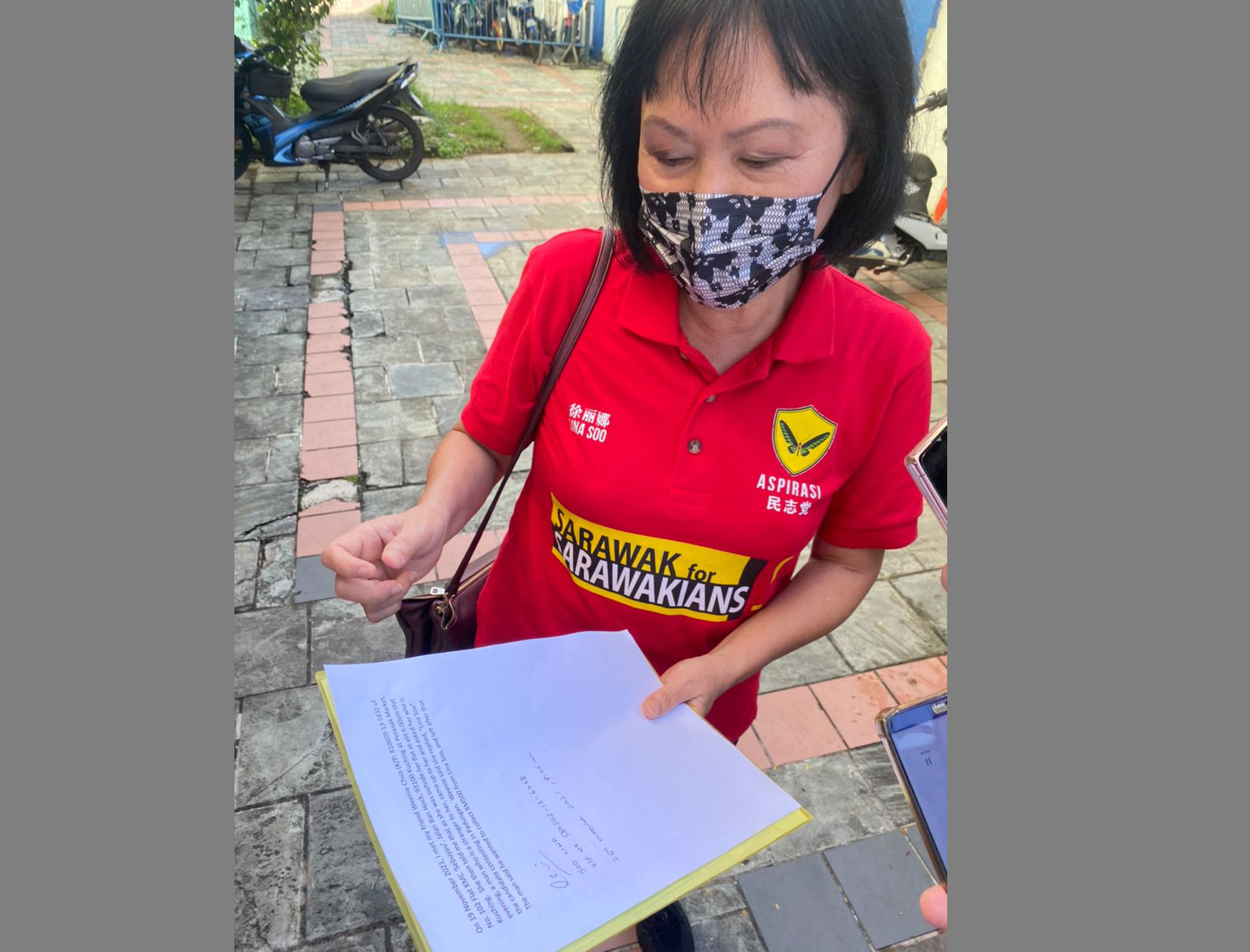 Soo shows the police report outside the Padungan police station.

She said the police report was for reference to avoid future incidences and misconceptions that the party is giving out money during the campaign period.

“I have been contesting in three past elections and no one had come along and asked me or the party for money,” said Soo, who is slated to contest for the party in Padungan.

According to her, the stranger had approached a friend at KMC Sebuyau flats, Jalan Ban Hock around 6pm on Nov 19 and asked who the candidate for Padungan is.

Her friend then replied that Soo is a candidate, to which the man is said to have replied he wanted to collect RM500 from her before quickly leaving.

Soo claimed Aspirasis campaigning work such as the hanging of banners and buntings would be carried out by volunteers.

“We do not employ workers. Even I myself would go out and help to hang the banners,” said Soo, adding she filed the police report to feel safer.

She said Aspirasi is not a rich party with the capacity to give out money to those who come up to them.

She also stressed that for any election, the party strictly follows all laws and election rules.