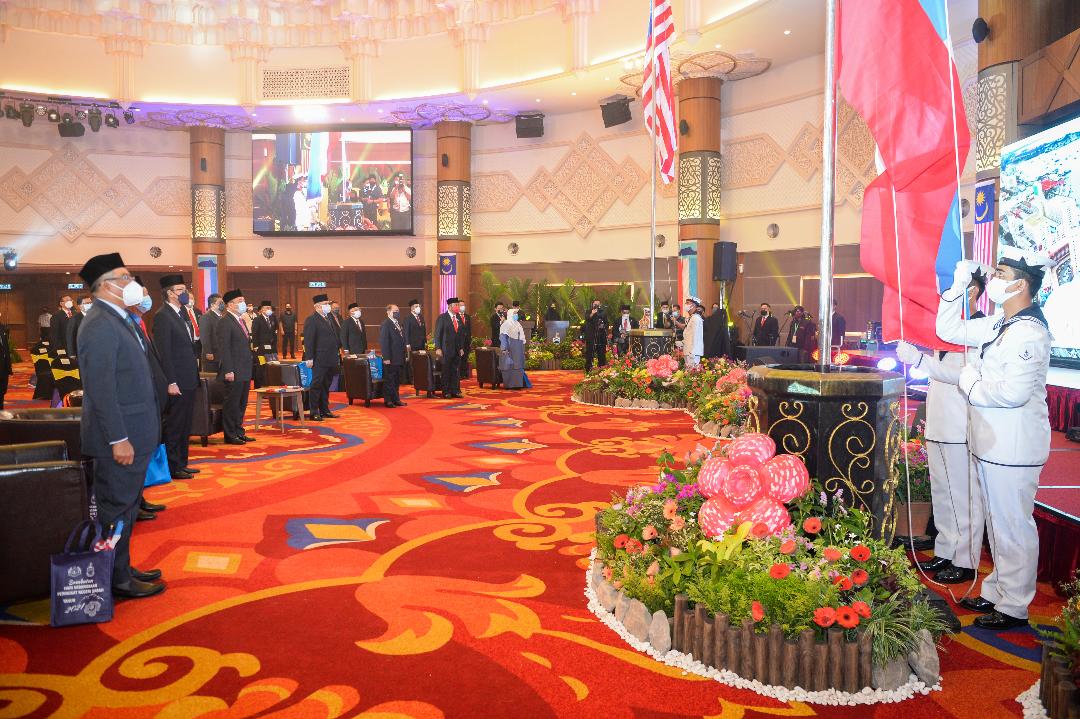 Hajiji, ministers and invited guests witnessing the Malaysian flag-raising ceremony during the National Day celebration at the banquet hall of the State Administrative Centre .

KOTA KINABALU: Chief Minister Datuk Seri Hajiji Noor has urged all Malaysians in the state to unite and celebrate the National Day with pride and patriotism.

He stressed that differences which could jeopardise unity should be set aside and that compatibility in developing a better nation should be focused on instead.

Malaysians should also fight alongside the government in the current trying times despite the various challenges, he added.

Malaysians must continue to rise and be with the government in embracing these difficult times, including the fight against Covid-19 which has impacted our lives and economy.

The National Day theme Malaysia Concerns reflects the commitment of the government and people in battling the pandemic, he said.

He was delivering his 2021 National Day keynote during the Lafaz Ikrar ceremony at the Sabah State Administrative Centre yesterday.

Hajiji also asserted that the concern of Malaysians is expressed by celebrating the sacrifices of all frontline workers who work hard to ensure that the country continues to be protected and safe from Covid-19.