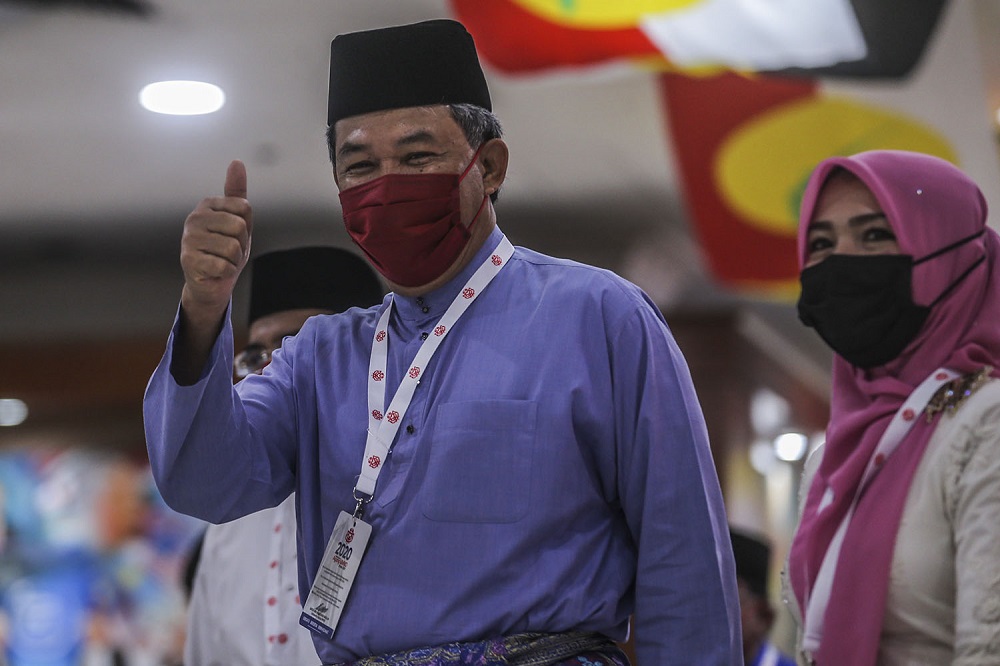 Umno deputy president Datuk Seri Mohamad Hasan said such a move would provide the best chance for BN based on the people’s current sentiments towards the coalition. ? Malay Mail photo

SEREMBAN (Nov 21): UMNO deputy president Datuk Seri Mohamad Hasan feels it is only appropriate that the 15th General Election (GE15) be held in the near future so as to get a fresh mandate from the people.

The Barisan Nasional (BN) deputy chairman also said that such a move would provide the best chance for BN based on the people’s current sentiments towards the coalition.

He added that he had conveyed the message to Prime Minister Datuk Seri Ismail Sabri Yaakob after BN won the Melaka state election yesterday.

“I spoke with the Prime Minister yesterday that we need to consider expediting GE15. Like it or not, we have to wait until next July because the agreement(memorandum of understanding between the government and opposition) is until then.

“Even this we do not know because many lost badly in Melakait’s unsure whether they will withdraw because anything can happen in politics. The dynamics changeeveryday and are not static. As such, it’s up to BN and UMNO to conduct a review, he said.

He told reporters this after the official opening of the annual general meeting ofPersatuan Solidariti Nasional (PerSoNa) here today.

Meanwhile, Mohamad said that BN’s win in the Melaka polls was a decision by the people of the state who have given a clear sign of wanting a stable government providing for the well-being and prosperity of the state and country.

“That is the signal I am reading. I am thankful for the win but it is greattrust placed on BN so that the new Melaka state government will practise good governance.

“I hope this is also the sentiment nationwide. I want to thank all the Melaka people and voters for having faith in us, he said.

Mohamad said BN would conduct a post-mortem on Monday on the Melaka state election results and, in connection with that, UMNO was still open to continuing its cooperation with PAS through Muafakat Nasional (MN).— Bernama