Anwar: Whats stopping an Umno PM from reopening past cases said to involve me? 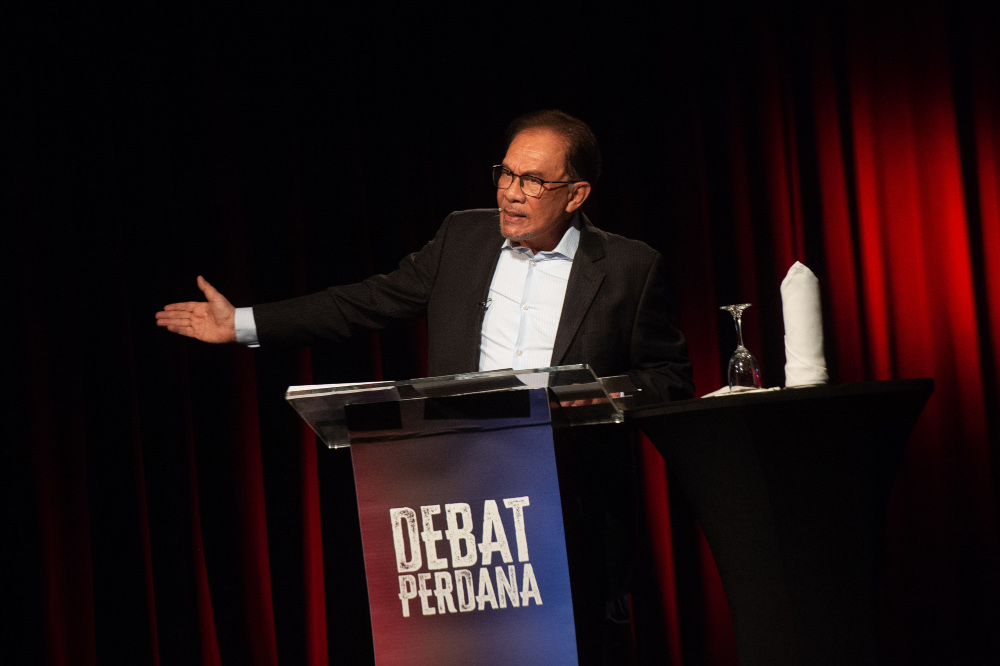 KUALA LUMPUR (May 12): PKR president Datuk Seri Anwar Ibrahim dared Prime Minister Datuk Seri Ismail Sabri Yaakob, who is from Umno, to instruct the attorney general (AG) to reopen past cases said to involve him, including the 1994 Forex scandal.

The Opposition leader said he has nothing to hide and had always taken a firm stance that any scandal allegedly linked to him should be hinged on transparency, integrity and the rule of the law, despite Datuk Seri Najib Razaks claims to the contrary during tonights Debate Perdana between the two men.

My stand is clear. If tomorrow, you (Najib) can tell the prime minister from Umno to open the investigation, then I have no problem with that, he said to the packed hall at the Malaysia Tourism Centre (Matic) here tonight.

Anwar also touched on Najibs reaction to the 1MDB investigation against him but did not launch an all-out attack over the scandal during the debate.

That is where I differ from Najib. I have never used government machinery to egg on my political enemies, he said, before adding that all cases regarding integrity and corruption should be reopened.

The comment drew both jeers and cheers from Najib and Anwars supporters respectively, whom organisers had struggled to keep under control from the start, when chants of Bossku and Reformasi broke out as soon as both men entered the hall ahead of the debate.