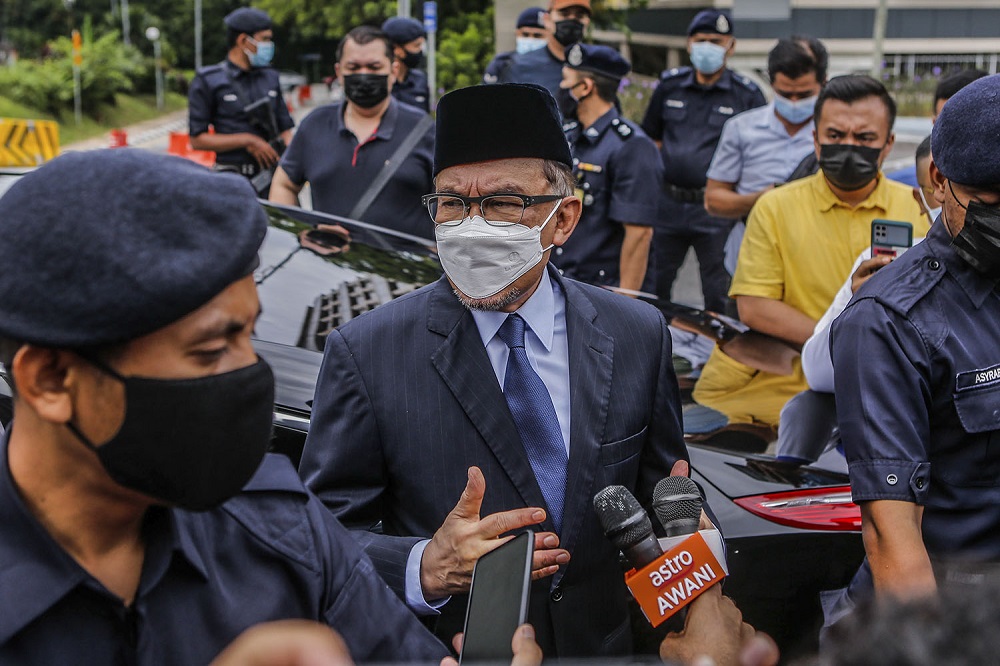 KUALA LUMPUR (June 9): Opposition Leader Datuk Seri Anwar Ibrahim said his plea for the Yang di-Pertuan Agong not to extend the current Emergency beyond August 1 was among the main topics during their meeting today.

After his audience with Yang di-Pertuan Agong Al-Sultan Abdullah Riayatuddin Al-Mustafa Billah Shah, Anwar told reporters while leaving Istana Negara that he was grateful to have met the monarch who he said was attuned to the countrys current situation.

Anwar said he informed the Agong of his views on the countrys current state, and that he made a case against extending the Emergency on grounds that steps needed to contain the Covid-19 pandemic did not require emergency powers.

I gave my view that continuing the Emergency will cause losses to the country, and the current situation with Covid-19 will adversely affect the economy especially to the commoners, and how I see that all the steps that can be implemented do not need for an Emergency to be in place.

So I pleaded to His Majesty to restrict the extension (of the Emergency) as much as possible, to which His Majesty was accurate in saying that we must adhere to the laws of the constitutional monarchy and follow the advice of the prime minister, he said.

When asked if they discussed the topic of a change in government, Anwar said the matter was not brought up today.