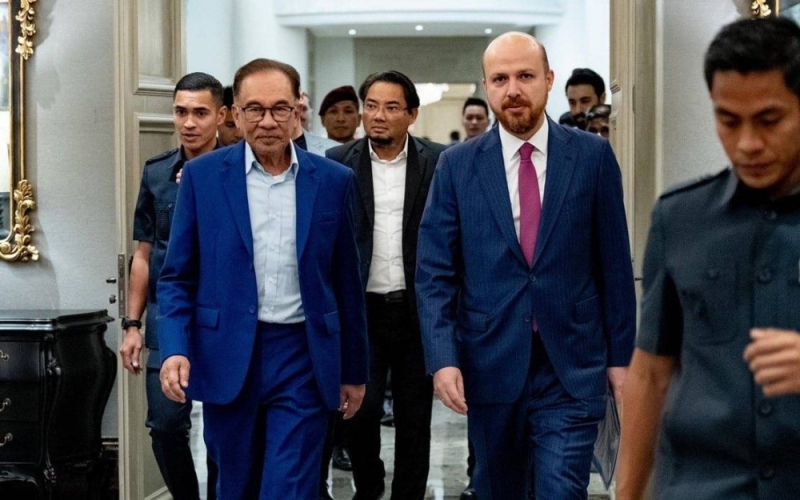 Anwar (left) is seen with Bilal in Kuala Lumpur on Dec 7, 2022. ? Photo via Twitter/bernamadotcom

Anwar, in a posting on Facebook this morning, said the meeting was held in conjunction with Bilals visit to Kuala Lumpur.

InshaAllah, bilateral ties between both Malaysia and Turkiye will continue to strengthened, he remarked in his posting.

Erdogan was one of the first world leaders to convey his congratulatory message to Anwar after the latter was sworn in as the 10th Prime Minister on Nov 24.

In the 10-minute telephone conversation between them that day, Anwar expressed his hope for both countries to strengthen ties and cooperation in many fields including trade, business, culture, education, and the military. ? Bernama