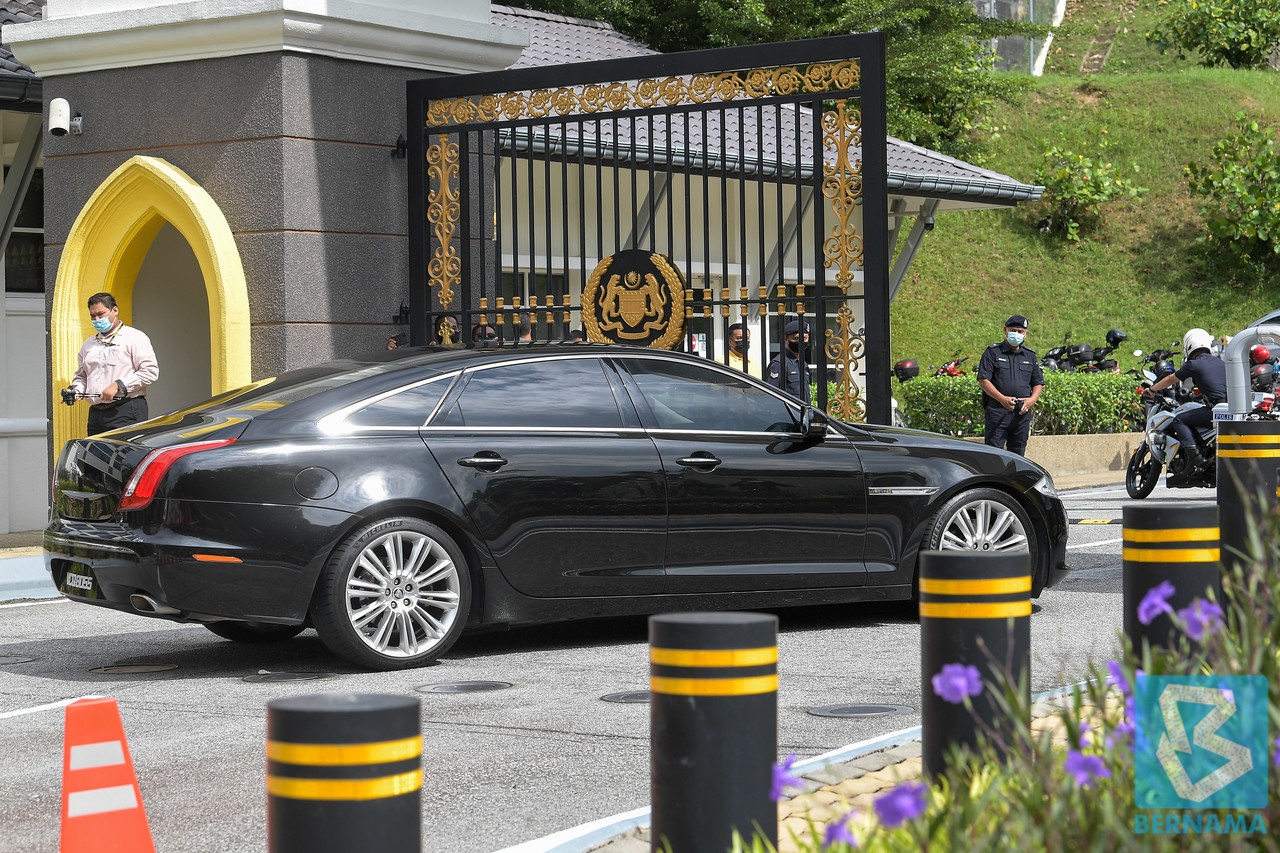 Driven in a black Jaguar, Anwar entered the palace gates at 10.37am as hordes of pressmen present here captured his arrival.

Earlier, Prime Minister Tan Sri Muhyiddin Yassin was also seen leaving the palace gates at 8.55am after his audience with the King.