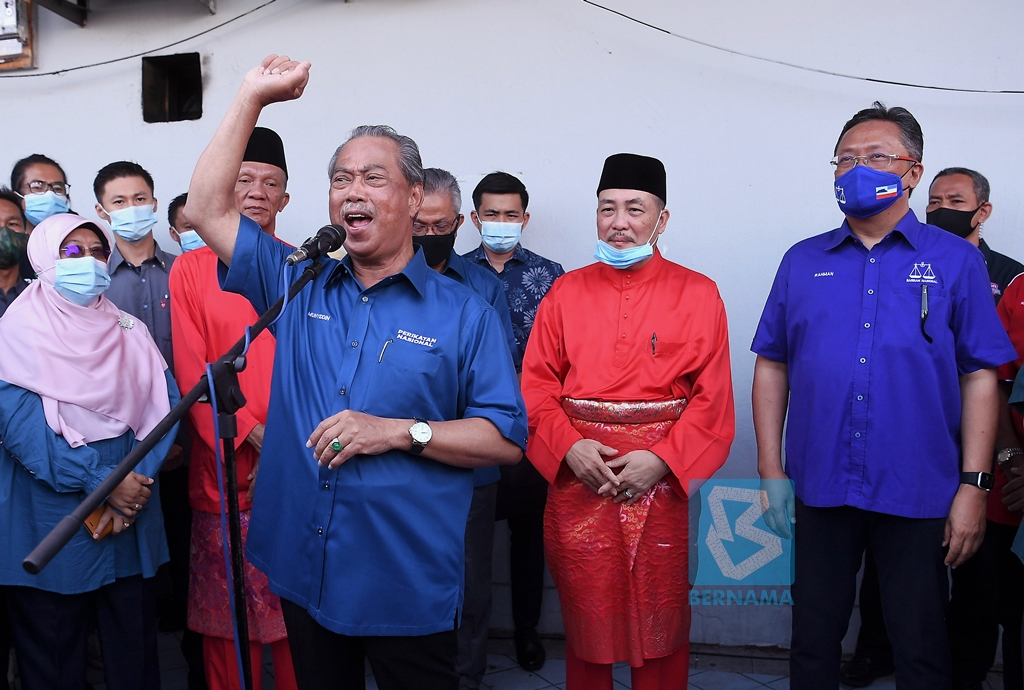 Muhyiddin speaking at the gathering at Parti Pribumi Bersatu Malaysia’s office in Tuaran before nomination time. – Picture by Bernama

The Parti Pribumi Bersatu Malaysia (Bersatu) president said that the alliance was formed cooperatively with the state polls which kicked off today with nominations.

We sat together last night and arrived at this consensus. All parties agreed to go through this together and fight to win Sabah.

This is a good sign that we are united in our determination to form the government on September 26, he said during his speech at the Tuaran Bersatu office in Sulaman here this morning where he had arrived to support Bersatu Sabah chief Datuk Seri Hajiji Mohd Noor.

Muhyiddin said that the alliance would work as a team to ensure all its component representatives had the best possible chance of winning.

At every level of the parties, we need to put aside any differences and build each other up. That is the Gabungan Rakyat Sabah spirit, he said.

No one party can do this on its own and win. Only the Gabungan Rakyat Sabah together can build a strong stable government, he said. – Malay Mail