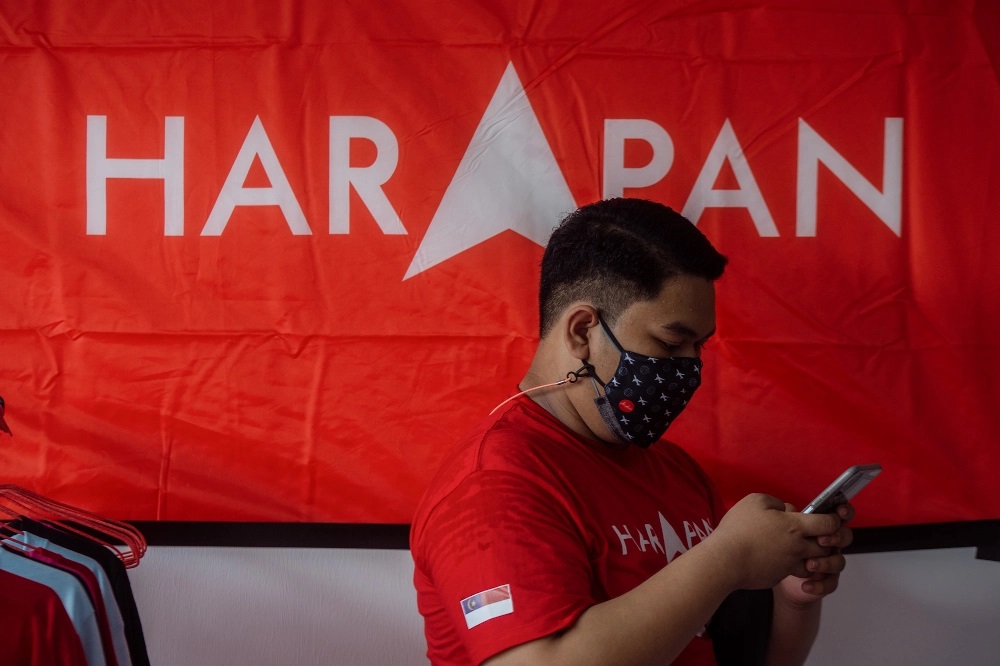 In a joint statement today, the PH component party heads sought to remind Malaysia of the unexpected outcome of the 2018 general election, but also acknowledged the collapse of the coalition government just two years later. Malay Mail photo

KUALA LUMPUR (May 10): Pakatan Harapan (PH) has announced the formation of an election committee, a manifesto committee, and a Harapan Tour committee to rally support heading into the 15th general election (GE15).

In a joint statement today, the PH component party heads sought to remind Malaysia of the unexpected outcome of the 2018 general election, but also acknowledged the collapse of the coalition government just two years later.

The bitter experience of the betrayal of the Sheraton Move should teach us the true meaning of our struggle.

It has to make us aware that victory means fulfilling trust and responsibility with brilliance. We also need to be wary of groups and factions that are not happy with the victory of the people, they said.

Winning and losing as well as falling and getting up are an officiation of our struggle.

Pakatan Harapan will redouble our efforts, gather the entire strength of the Opposition to ensure GE15 belongs to the people, they said.

The 14th general election was held on May 9, 2018, and after PH won with a simple majority, its then chairman Tun Dr Mahathir Mohamad was sworn in as prime minister on the next day.

However, internal strife would lead to the fall of the PH government, as eleven MPs, including PKRs Datuk Seri Mohamed Azmin Ali and Datuk Zuraida Kamaruddin, would defect in February 24, 2020.

Dr Mahathir resigned as the prime minister and Tan Sri Muhyiddin Yassin replaced him as the head of the unelected Perikatan Nasional administration.

In its statement today, PH also reiterated the need for an Anti-Party Hopping Law, and its commitment towards ensuring that the terms under the Malaysia Agreement 1963 are fulfilled with respect to upholding the rights of Sabah and Sarawak. Malay Mail