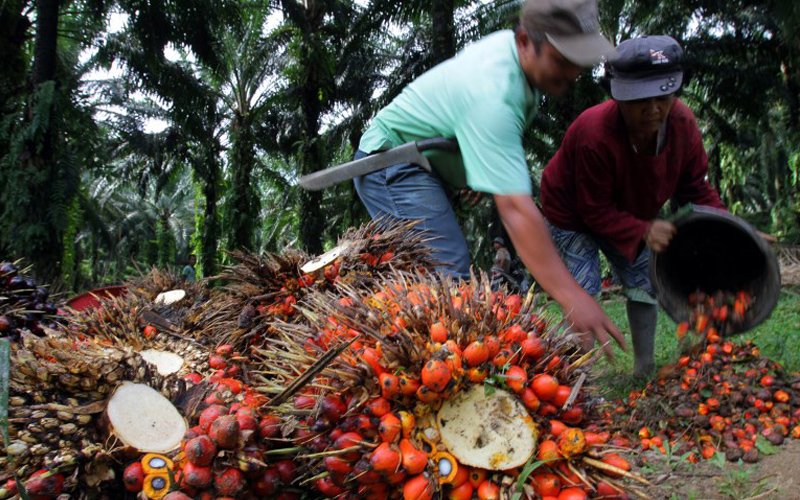 The benchmark palm oil contract has risen by 40 per cent in the past 11 weeks, boosted by concerns over tighter supply from top producers Indonesia and Malaysia. — AFP photo

KUCHING: Prices of crude palm oil (CPO) will likely fall by the fourth quarter of the year due to higher output and inventory levels, despite an uptrend on the commodity’s price reaching a five-month high this week.

Notably, the benchmark palm oil contract has risen by 40 per cent in the past 11 weeks, boosted by concerns over tighter supply from top producers Indonesia and Malaysia.

“Unless you feel very bullish about Brent crude oil prices, current crude palm oil prices cannot be sustained going towards the fourth quarter, when stocks will be at their seasonal peak,” commented industry observer Dr James Fry to Reuters.

Fry, who is the chairman of consultancy LMC International, saw that CPO output peak has likely shifted to the fourth quarter due to heavy rains in Indonesia, thereby leading to expectations of higher inventory towards the end of the year.

He now expected peak inventory levels in Malaysia to reach around 2.9 million tonnes, which was lower than his earlier forecast of three million tonnes.

This is due to a pickup in demand after the easing of Covid-19-fuelled restrictions in some countries.

“If Brent crude, on the other hand, remains around US$42 per barrel and palm production follows its usual seasonal trend for the fourth quarter, then current palm prices are simply too high and will need to fall.”