Analyst: DAP will lose support due to poor performance, not so much Wongs exit 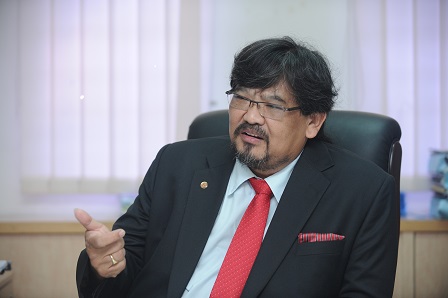 KUCHING: The Democratic Action Party (DAP) Sarawak will face a tough time defending its position in the Chinese community, but not because of the recent resignation of Padungan assemblyman Wong King Wei, said political analysts Prof Dr Jayum Jawan Empaling.

He said the partys dismal performance in the Pakatan Harapan government would affect the confidence of the Chinese community more than Wongs resignation as he was not a key leader in DAP.

Dr Jayum said in the last general election, DAP Sarawak had secured about 90 per cent of Chinese votes but he believed, the community was now re-assessing their support for the party.

“Furthermore, in Sarawak SUPP is on the rise through the very active work of its president, Dato Sri Dr Sim Kui Hian.

“Although I don’t expect SUPP to garner a lot of chinese seats in the coming state election, I think SUPP will rebound by increasing its present share of Chinese seats in the state assembly, for reasons already mentioned,” he said when asked to comment on Wongs resignation on Sunday night.

Jayum felt that Wong, who is also a DAP vice chairman, was being hasty in deciding to quit DAP, adding that Wong was impatient with how politics shape society.

He said politics required time, negotiation with partners before plans or promises could be delivered.

He believed there was general dissatisfaction with DAP because it was unable to deliver on its electoral promises when the party was part of the government.

“Young turks cannot take that because as part of DAP they feel the heat when people criticise the party for failing to deliver when it was in government,” he said.

In his announcement on Sunday night, Wong said he would serve out his term as Padungan assemblyman and would not seek re-election in the next state polls.

He said in a press statement that while he appreciated DAP re-nominating him to defend the seat, he had to respectfully decline the offer.

I am of the view that the party has lost the greatest opportunity when ruling the country at the federal level, to have our ideas and dreams realised into action.

During the 22-month rule under Pakatan Harapan (PH), what we said in front of the people and what we promised the people seemed to have gone down the drain. If we were to bring up our ideas and dreams as well as promises, the credibility of DAP would be in question.

If we were to get back to where we started, with integrity and sincerity, it seems to me that the DAP has a lot to explain to our voters, he said in the statement.

Analyst: DAP will lose support due to poor performance, not so much Wongs exit Borneo Post Online.