Ambulance picking up Covid-19 patients involved in accident in Kuching 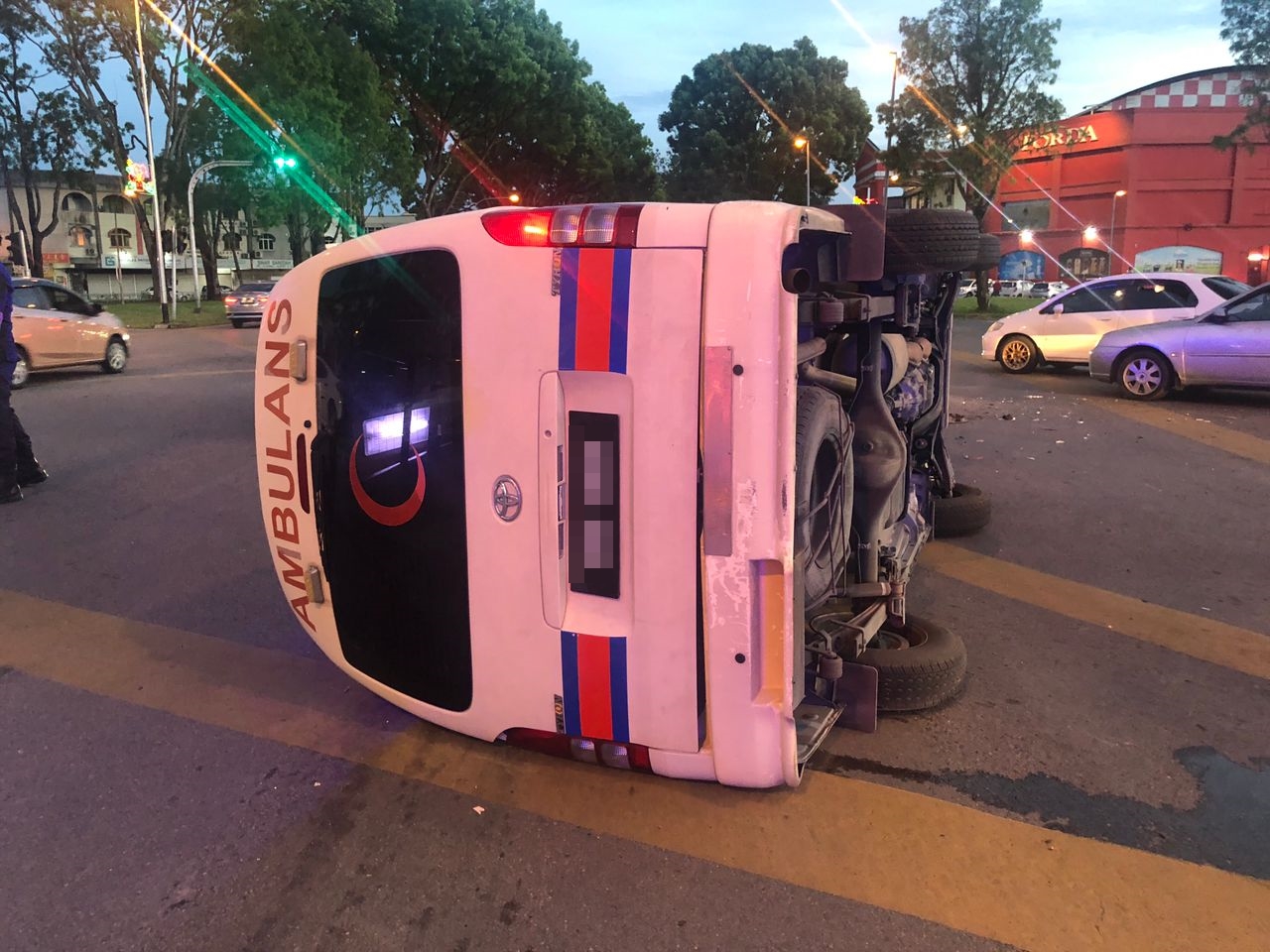 The damaged ambulance as a result of the accident last Saturday.

KUCHING (Aug 30):An ambulance, which was on its way to pick up Covid-19 patients, was involved in an accident with a car at the Jalan Tun Ahmad Zaidi Adruce/Jalan Green traffic lights here at around 6.20pm last Saturday.

The car driver and a female passenger – both aged 22 years old – did not suffer any injuries.

The ambulance driver and medical assistant were brought to the Sarawak General Hospital’s Emergency and Trauma Unit for medical treatment.

“Preliminary investigation found that the accident occurred when the car, which was heading towards Jalan Green from Wisma Saberkas, when going through the traffic lights, was hit by a Batu Kawah Health Clinic ambulance, which was moving from Mile 3 roundabout at Jalan Tun Ahmad Zaidi Adruce heading towards Stadium Perpaduan in Petra Jaya,” Alexson said in a press statement today.

He added that at time of the accident, the traffic lights from Jalan Tun Ahmad Zaidi Adruce was red.

“The ambulance was on its way to pick up Covid-19 positive patients at Stadium Perpaduan in Petra Jaya to be sent to Kolej Sains Kesihatan Bersekutu at Mile 13,” he said.

According to Alexson, the driver of the car stated that the ambulance did not use the siren and therefore he did not notice the presence of the ambulance.

Alexson said the accident had damaged the the front and left side of the ambulance, while the car was damagedat the front.

“Preliminary investigation found that the cause of the accident was due to the ambulance driver’s negligence and not being careful when going through the red traffic lights,” he said.

He added that the case is being investigated under Section 43 (1) of the Road Transport Act 1987.