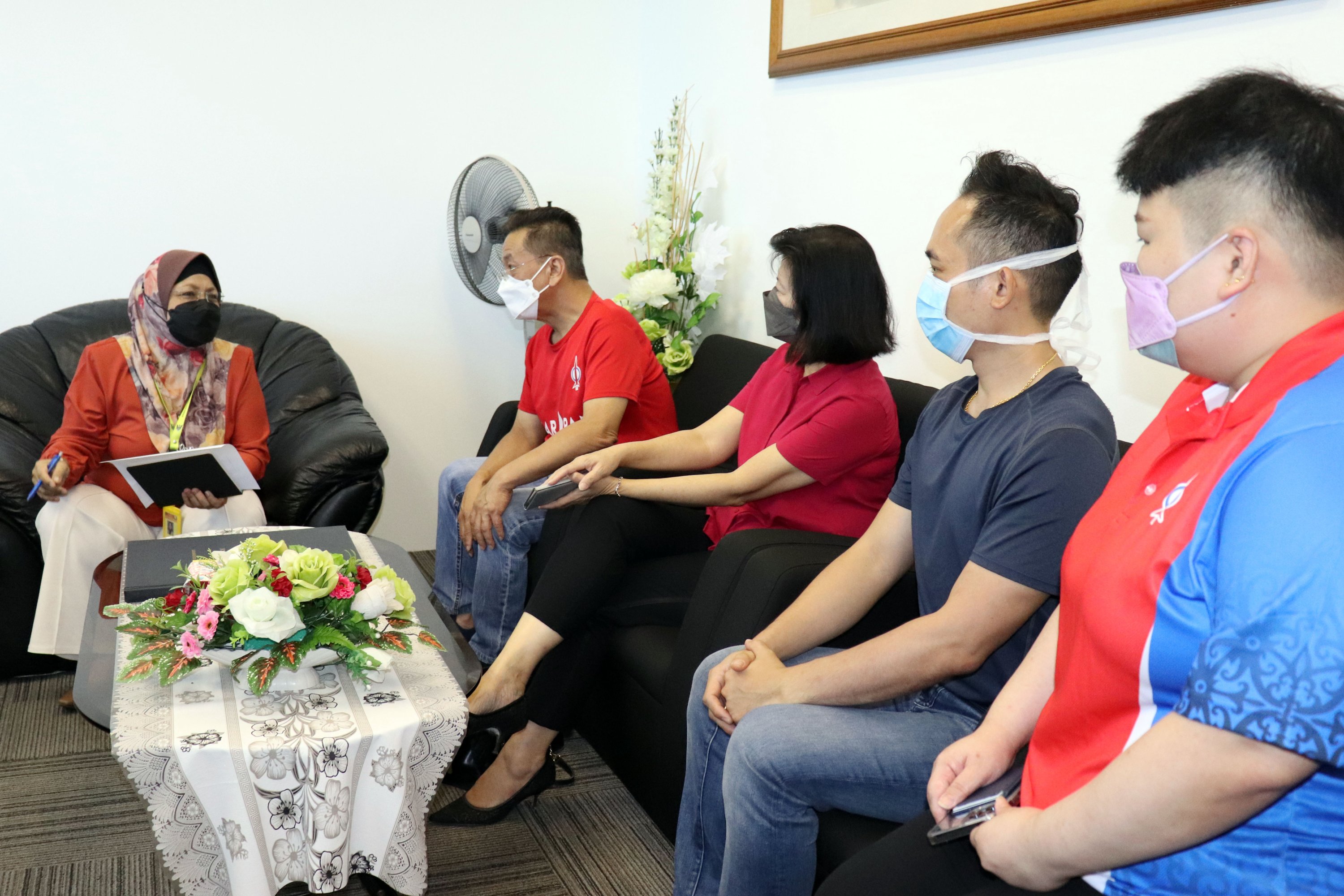 (From left) Salehah having a chat with Wong, Chang, Ling and Lau at Sibu District Office.

SIBU (Nov 23): It is time for the Election Commission (EC) to further improve its systems, specifically the means for election candidates to obtain the nomination forms.

In highlighting this, Pelawan incumbent David Wong said by now, the commission should already have a system where the candidates or political parties could purchase the forms online, instead of them having to go to the nearest district office for the same purpose.

Why dont they (EC) just put the form on their website (where) people can make payment and get the form online?

This part (is where) they really need to improve because they already have the technology, he told reporters when met after purchasing four nomination forms at Sibu District Office here yesterday.

Upon their arrival at the district office, they were told by the administrative officer Salehah Hid that the office had run out of nomination forms.

According to Salehah, many individuals including those from outside Sibu had also come and bought the forms from the district office.

On a related matter, Wong also suggested EC to allow some 400,000 Sarawakians working in Peninsular Malaysia register as postal voters.

Many Sarawakians will miss this state election, which is not fair because they are currently working outside the state.

If the EC could allow Malaysians residing overseas to register as postal voters, why not apply the same for Sarawakians working in Peninsular Malaysia?

Other than the Covid-19 factor, Sarawakians in Peninsular Malaysia have to pay for expensive flight tickets if they want to return to vote, he said, expressing his disappointment over the EC, in that the commission had sufficient time to implement postal-voting for Sarawakians working in the peninsula.

They (EC) had ample time to do it when the 12th state election was postponed last year, he pointed out.