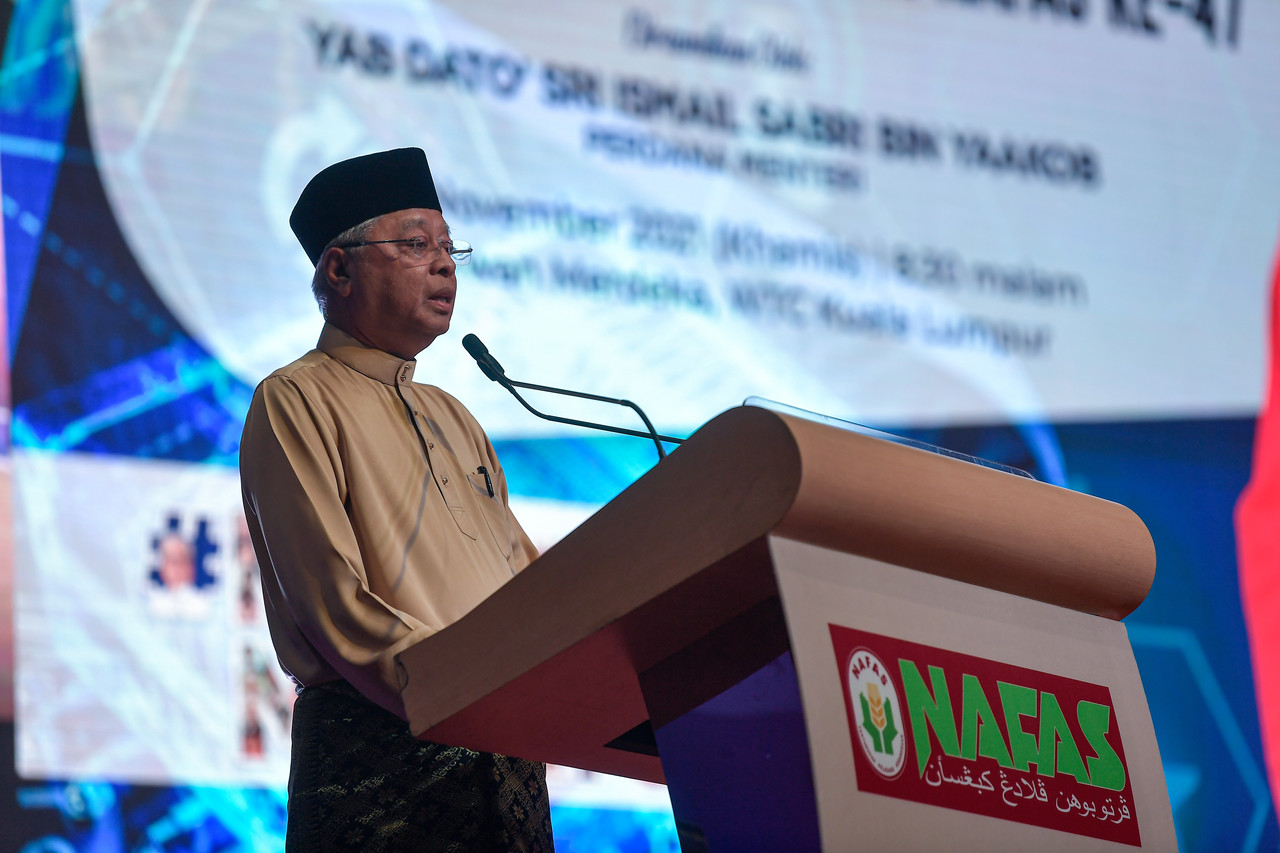 KUALA LUMPUR (Nov 25): The government will allocate RM262 million as an early response to assist farmers affected by the increase in the prices of fertilisers and pesticides, said Prime Minister Datuk Seri Ismail Sabri Yaakob.

He said that of the amount, RM62 million would be channeled through the National Farmers Organisation (Nafas) as an addition to the subsidy allocation and paddy incentive under Budget 2020, which amounts to a total of RM1.5 billion.

Meanwhile, RM200 million would be used as agrofood loan at zero interest rate, in addition to a six-month loan repayment moratorium under Tekun Nasional (TEKUN) and Agrobank for the benefit of affected vegetable and fruit growers.

The government will always pay attention to problems faced by the Farmer Family, including the issue they are facing now with regard to increase in the prices of fertilisers and pesticides, he said at the launching of the 7th Nafas Annual General Meeting (AGM) and dinner here today.

He said he had also instructed the Ministry of Agriculture and Food Industries (Mafi), Ministry of Finance (MOF) and Ministry of Domestic Trade and Consumer Affairs to formulate mitigation measures to address the issue.

Ismail Sabri said the government would also continue providing subsidies and incentives based on inputs and outputs, where contracts to supply and deliver agricultural inputs would be given to Nafas as the parent body of the Pertubuhan Peladang movement which has 920,000 members nationwide.

He said the provision would be made under the Federal Government Padi Fertiliser Scheme (SBPKP) and Padi Production Incentive Scheme (SIPP) for the period from July 1 this year to Dec 31, 2023 worth RM1.82 billion.

“I have informed the Finance Ministry that we need to assist Nafas. When we help Nafas, we are directly helping the farmers and (livestock) breeders, he said.

The Prime Minister also hoped that the Farmer Family would grow close and always care for the welfare of one another and, thus, move as a subset to complete the Malaysian Family.

He said Malaysia had gone through a period that has been full of challenges following the Covid-19 pandemic, which had had an impact not only in terms of the social aspect, but also on the economy, including the national agrofood industry, especially during the early stages of the implementation of the Movement Control Order.

He said that farmers, breeders and fishermen had become the backbone and frontliners in the nation’s agrofood sector, thus ensuring the smooth running of the entire food chain, including the production, distribution and retailing of agricultural products and the food industry.

The Prime Minister said that having grown up in a family of rubber tappers and served as Minister of Agriculture and Agro-based Industry from 2013 to 2015, he understood the trials and tribulations faced by farmers, breeders and fishermen in the country.

“Agriculture is indeed very synonymous with me. As you all know, I was born into and grew up in family of farmers. That is why the soul of a farmer is always in me, he said.