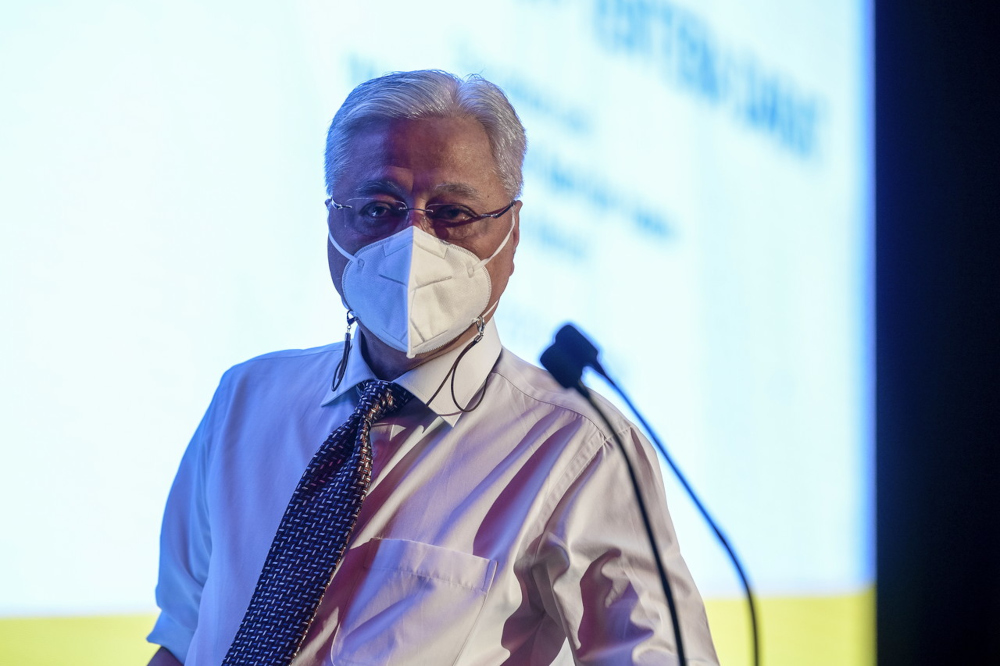 Datuk Seri Ismail Sabri Yaakob said it was among the decisions reached at the Economic Action Council (EAC) meeting which he chaired today to discuss strategies to revive and strengthen the countrys economy after Covid-19, especially by increasing efforts to facilitate business and strengthen Malaysian trade. – Bernama photo

KUALA LUMPUR (Nov 24): Datuk Seri Ismail Sabri Yaakob said the government today has agreed in principle to develop an Integrated Trade Events Platform specifically to enhance the countrys trade competitiveness and export value digitally in line with a new trading landscape in the era of digitalisation.

The Prime Minister said it was among the decisions reached at the Economic Action Council (EAC) meeting which he chaired today to discuss strategies to revive and strengthen the countrys economy after Covid-19, especially by increasing efforts to facilitate business and strengthen Malaysian trade.

In preparation for the endemic phase and in line with the rapid global economic growth, efforts to create a conducive, competitive business environment and increase productivity should be the main agenda at every level of federal government and state government administration, he said in a statement.

Ismail Sabri said the meeting also agreed in principle to create a Single Information Platform, which is a comprehensive portal covering all information across the export value chain to facilitate Malaysian companies to be actively involved globally.

The #MyMudah initiative will also be strengthened through the establishment of #MyMudah units in all federal ministries and agencies.

The same units are also proposed to be established at the state government level, local authorities and industry associations to jointly facilitate business operations.

The function of this unit is to conduct regulatory reviews in a planned manner to facilitate the business environment to boost productivity and competitiveness, he said.

According to the Prime Minister, the meeting also wants every ministry, state government, local authority and federal and state government agencies to be committed in realising a regulatory experimentation programne that involves public and private stakeholders jointly assessing the efficiency and suitability of existing regulations. thus proposing some regulatory relaxation based on the recommendations of the Organisation for Economic Co-operation and Development (OECD).

He said the implementation of this initiative is hoped to help facilitate business matters such as the approval of construction permits and business operating licences at the federal and state levels.

Ismail Sabri said an international benchmarking would also be made for countries identified as having a conducive business environment, especially in terms of digitalisation, efficient business models, market openness and the level of support for micro, small and medium enterprises (MSMEs).

In terms of improving the countrys export competitiveness, he said the aspect of digitalising the business ecosystem was identified as one of the key components in the National Trade Blueprint (RTPN) 2021-2025 that has been launched.

He said the country was also targeting to increase the export contribution of the MSME sector from 8.5 per cent last year to 25 per cent of the countrys total exports in line with the targets set in the 12th Malaysia Plan (12MP).

The government will continue to be committed in ensuring the well-being of Keluarga Malaysia, especially through the recovery of the economic sector which will emphasise the competitiveness of industries and the creation of opportunities, he said. – Bernama