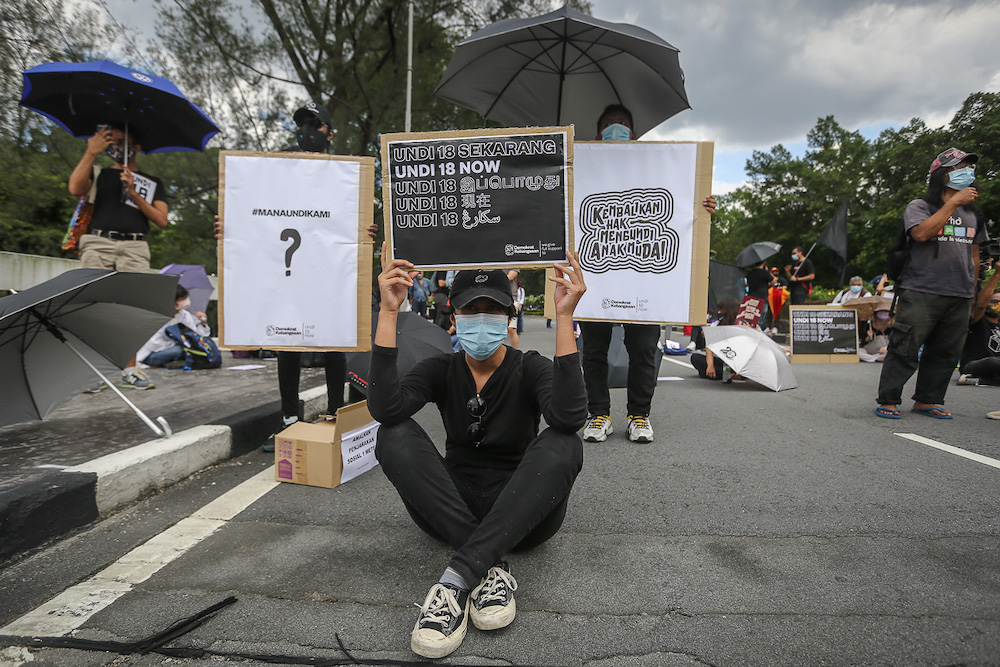 Last month, Prime Minister Datuk Seri Ismail Sabri Yaakob said that the voting age for Malaysians will be lowered from 21 to 18 from January 1 next year in accordance with the decision made by the Kuching High Court in Sarawak previously. – MalayMail photo

An official statement from his office said the decision was reached during the 137th Mentri Besar and Chief Ministers meeting (MBKM) today.

In the meeting, all mentri besar and chief ministers agreed to amend the state constitutions to allow 18-year-olds to be candidates in general elections, state elections and by-elections, the statement read.

Last month, Ismail Sabri said that the voting age for Malaysians will be lowered from 21 to 18 from January 1 next year in accordance with the decision made by the Kuching High Court in Sarawak previously.

He said the Cabinet had decided not to appeal against the courts decision although the Election Commission had previously said in a statement that preparations to implement the move could only be made by September next year.

The statement added that during the meeting, Ismail Sabri asked all mentri besar and chief ministers to put up a united front regardless of political background, with Malaysias economic situation in mind.

He urged state governments to expedite the implementation of economic and business-related projects to revive the economic activities.

Among the issues that need to be addressed and improved are delays in the approval process related to land and business licences at the state government and local authority level.

The National Climate Change and Green Technology Agenda, including recovering from forest destruction and land degradation by 2030, was also on todays agenda.

Following that, Ismail Sabri said that the federal government is considering providing incentives to state governments to implement programmes and projects to ensure biodiversity sustainability.

The compensation is an initiative to encourage state governments to improve forest care and conservation, including controlling logging activities and gazetting water catchment areas, he added.

He also announced the establishment of the State Digital Economy and 4IR Council (State MED4IR), which will look into addressing the service charges and fees of government agencies and local authorities that lead to high telecommunication service fees.

This is the first time in more than a year that MBKM has been held. The group last met on March 17 last year before the Covid-19 pandemic hit the country. – MalayMail