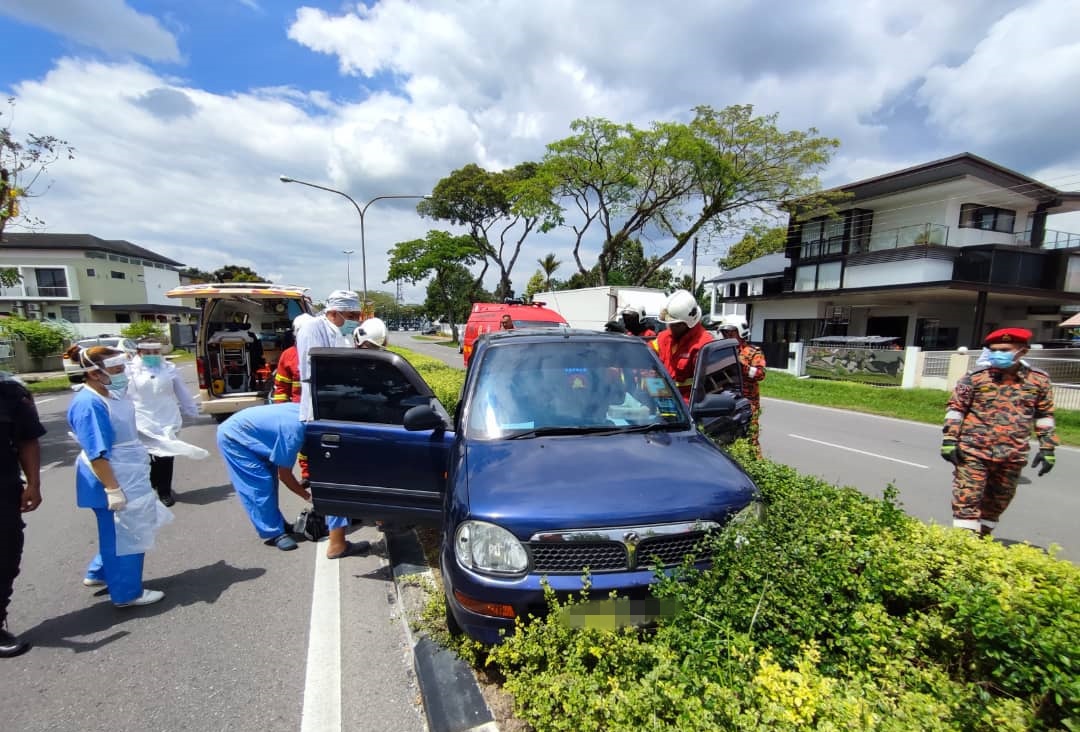 Rescuers had to break the rear window to reach the victim.

SIBU (Jan 24): A 55-year-old man was killed after the car he was driving skidded and landed on the road divider at Jalan Pahlawan here yesterday.

A spokesperson from the Sarawak Fire and Rescue Department (Bomba) operations centre said they deployed nine rescuers from Sungai Merah station after receiving a distress call at 12.45pm.

He said the team, led by operation commander Yusuf Tar had to break the rear window of the car as the doors were locked from inside, and they found the victim unconscious in the drivers seat.

The deceased, identified as Kang Wei Tiong, was pronounced dead at the scene.

The operation ended at 1.18pm.