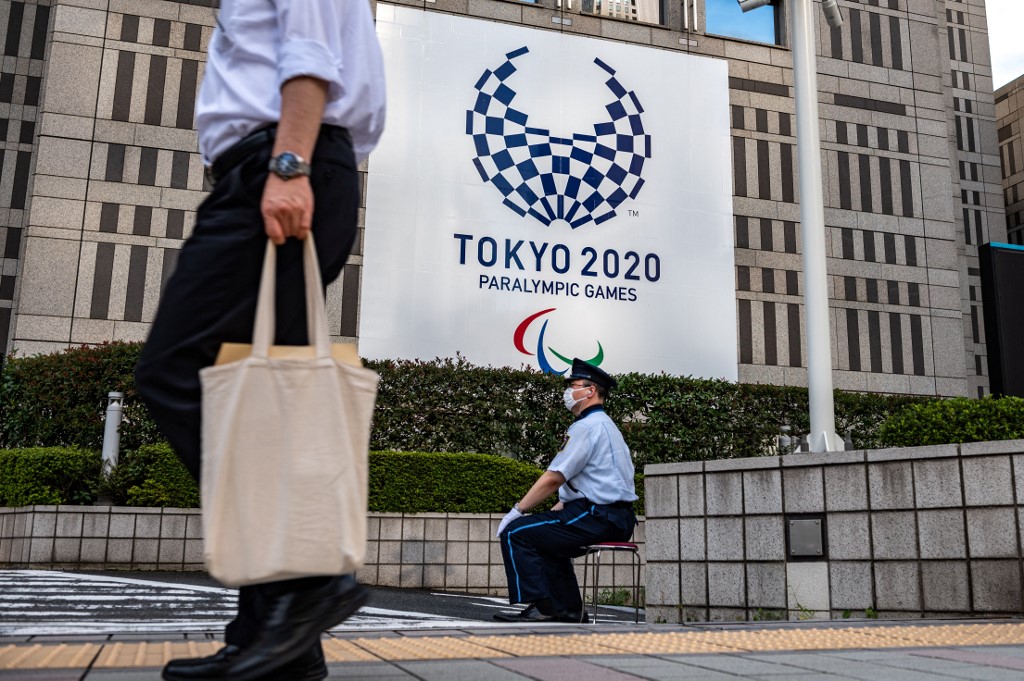 A pedestrian walks past as a security guard sits in front of a Tokyo 2020 Paralympic Games banner at the entrance to the Metropolitan Government Building in Tokyo on August 19, 2021. – AFP photo

TOKYO (Aug 28): Afghanistan’s two Paralympic athletes have arrived in Tokyo and will compete at the Games, the International Paralympic Committee said today.

“The Afghan athletes Zakia Khudadadi and Hossain Rasouli were warmly welcomed to the Tokyo 2020 Paralympic Village,” the IPC said in a statement.

With the swift fall of Afghanistan to the Taliban, the pair had been among the tens of thousands trapped and unable to leave the country.

But they were evacuated last weekend and have been in Paris at a French sports ministry training centre, the IPC said.

“Over the last 12 days, Zakia and Hossain have continued to express their absolute desire to come and compete at the Tokyo 2020 Paralympic Games,” said IPC chief Andrew Parsons.

Earlier this week, the IPC had said that Khudadadi and Rasouli had safely left Afghanistan but would not be competing at the Games, as the focus was on their well-being.

At the opening ceremony on Tuesday, the Afghan flag had featured in a symbolic fashion, carried by a volunteer.

“We always knew there was a remote chance both athletes could participate at Tokyo 2020 which is why the Afghan flag was paraded at Tuesday’s Opening Ceremony,” Parsons said.

“Our number one priority has and always will be the health and well-being of both athletes.”

Khudadadi will compete in the women’s taekwondo K44 -49kg category, which is scheduled for September 2.

And Rasouli will run in the men’s 400m T47 athletics event on September 3, the IPC said. – AFP