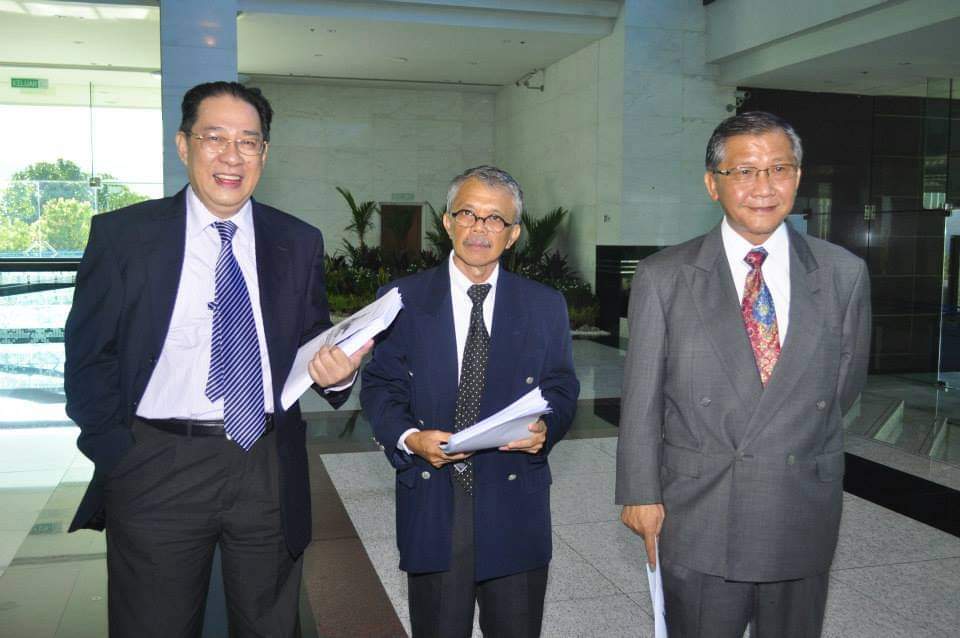 (From left) The late Zainnal, Amde and Ligunjang when they went to the State Assembly to seek revocation of Act 750 to maintain Sabah’s territorial integrity.-Photo courtesy of Datuk James Ligunjang.

KOTA KINABALU (Oct 10): Political leaders in the state took to social media to express their sadness at the passing of the Malaysia Agreement 1963 (MA63) activist Zainnal Ajamain on Sunday.

The late Zainnal was said to have passed away from a heart attack at his home early in the morning.

Among those who sent their condolences to the late activist’s family were former Petagas assemblyman Datuk James Ligunjang and Progressive Institute of Public Policy Analysis, Sabah (PIPPA) chairman Amde Sidik.

Ligunjang said, “My heartfelt sympathies and condolences to the family of the late Zainnal Ajamain. He was a patriot and a comrade of unstinting courage in the fight for what is right for Sabah.”

Amde in his tribute said that he had known the late MA63 activist for more than 40 years.

“Just informed, am currently in the midst of giving lecture by Zoom to my UTM students… Alfatihah to my friend, Takziah to his family,” said Amde.

The late Zainnal was an adviser to the Parti Warisan Sabah-led state government in the talks on MA63 between the state and federal governments.

He was also adamant to ensure Sabah would have an equal place in the federation, said Darell.

Another Warisan leader Datuk Ismaily Bungsu posted on his Facebook page of his friendship with the late Zainnal and their conversations in mamak shops over ‘teh tarik’ and ‘roti telur’.

Ismaily also mentioned the time recently when the two of then sat enjoying the view of Kota Kinabalu from a friend’s house on top of a hill.

“That night, it was just the two of us but I noticed that there was something amiss with him. In my heart I said a prayer for him and told myself that if I were to leave the world first it would be okay but not him because he is needed greatly here,” Ismaily wrote.

“I mentioned to him that he should take care of himself as he is still needed in the issue of MA63. He smiled at my words. This morning I was shocked by the news of his passing.

“His loss is truly felt. I cried as I have lost my good friend,” he said.