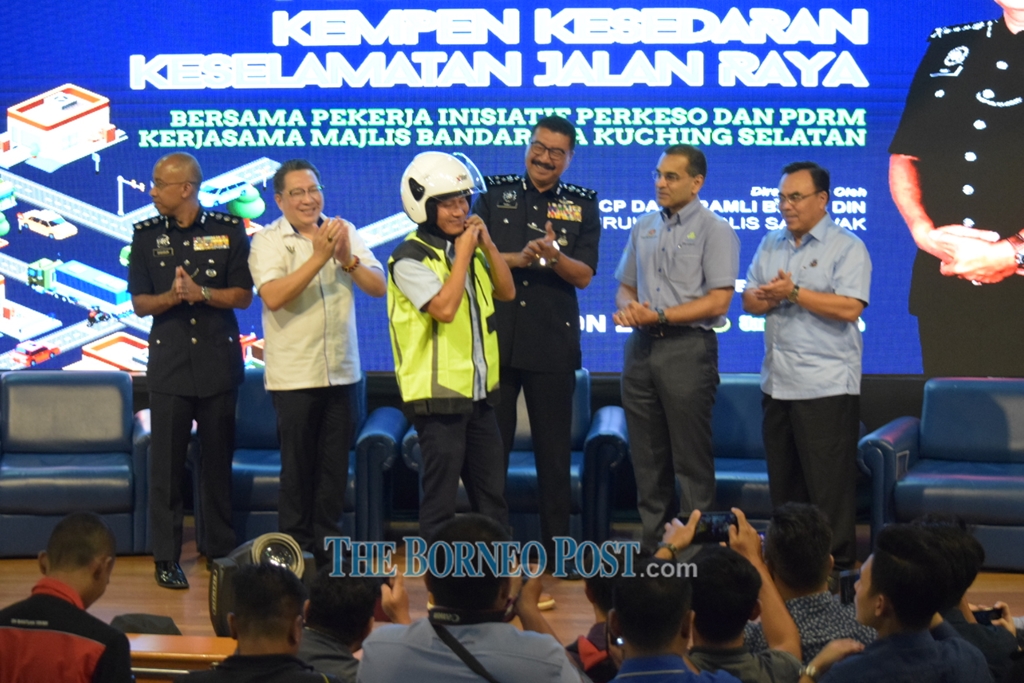 KUCHING: The Social Security Organisation’s (Socso) total expenditure on commuting accidents involving workers death, disability and injuries in Sarawak is on the rise.

The figure, he said, however had increased to almost RM24 million (interim figures) last year.

He said in Sarawak, some 3,630 accidents involving workers were reported to Socso last year, of which 1,131 cases were commuting accidents.

“The death toll was 85 cases, including 49 as a result of commuting accidents while 35 were deaths in the workplace,” he said at press conference after the closing ceremony of a road safety awareness campaign programme here today.

He pointed that about 75 per cent, or about seven out of 10 workers, die as a result of commuting accidents.

He said in 2019, interim statistics show that the number of accidents involving Malaysian and foreign workers reported to Socso was 79,676 cases, of which 47.9 percent are involved in road accidents.

The death toll was 959 cases, of which 73.5 percent were from commuting accidents.

Compared to 2018, he said the number of accidents involving workers was 72,631 cases, with commuting accidents accounting for 48.5 per cent.

A total of 888 fatal accident cases were recorded during the year, of which 75.1 per cent were from commuting accidents.

“As the number of accidents increases, the amount of Socso spending on social security benefits as well as the rehabilitation of affected workers is also increasing.

In view of this worrying trend, Mohammed said that Socso and the Royal Malaysian Police (PDRM) were making continuous efforts to raise awareness on safety on the road among the public, with the state-level Road Safety Awareness Campaign in collaboration with the Kuching South City Council as one of their efforts.

This campaign is also supported by employers that were identified in areas of frequent road accidents, especially in blackspot areas.

Mohammed noted that the joint effort was to strengthen the 3E (Education, Enforcement, Engineering) approach in improving road safety and reducing fatal accidents.