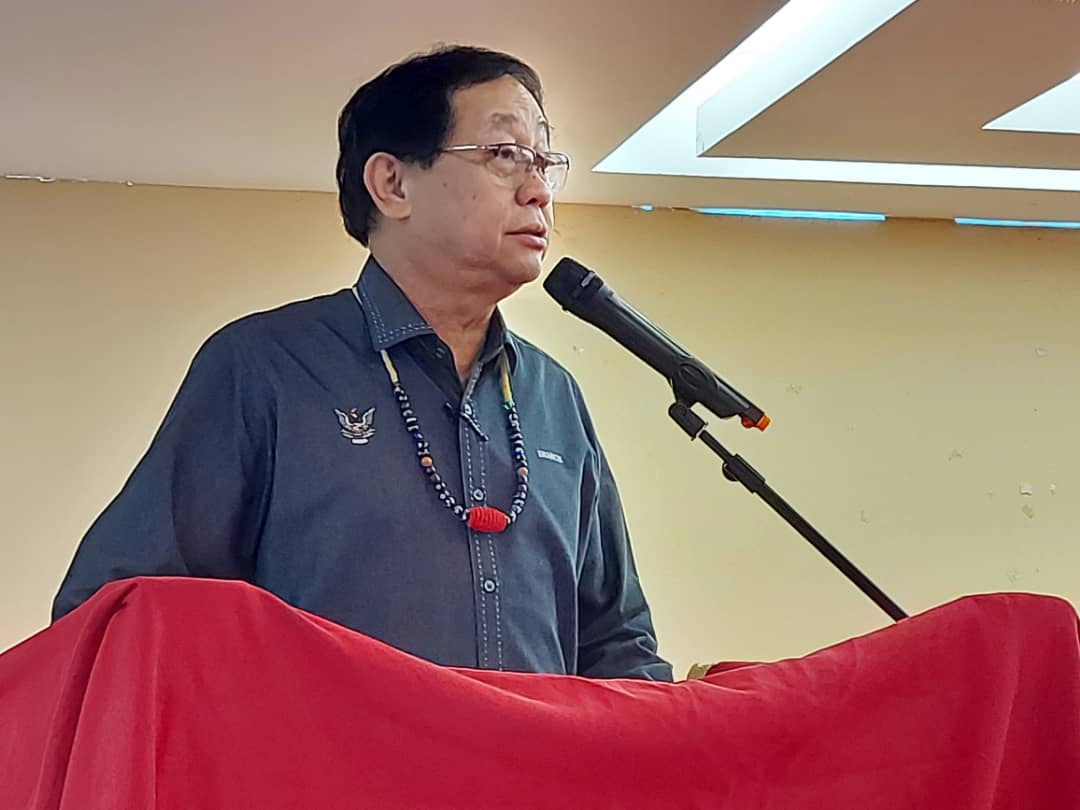 Harden speaking during the event on Saturday.

SRI AMAN (Jan 24): Assistant Minister II of Education, Innovation and Talent Development Datuk Francis Harden opines that it is awkward and absurd for longhouse chiefs who are against the government to receive allowance or salary from the government.

He likens the situation to releasing a stuck dog and calls those chiefs who support the Opposition as making a mistake.

Village chiefs and community leaders must remember that it is the state government that pays their allowances and salaries, he pointed out in his speech during the 15th annual general meeting (AGM) of the Sri Aman Iban Community Leaders Association in a restaurant here last Saturday.

Moreover, Harden reminded village chiefs that the state government was never vindictive, but they should also realise that the Opposition had proven to be unable in bringing in development.

Meanwhile, the meeting held the election of new committee members of the association for the 2022-2023 term.

I urge the newly-appointed committee members to reflect on their direction as Tuai Rumah (longhouse chieftains) who are responsible for taking care of their respective communities, he said.

Harden then congratulated those elected to the associations main committee for the 2022-2023 term.