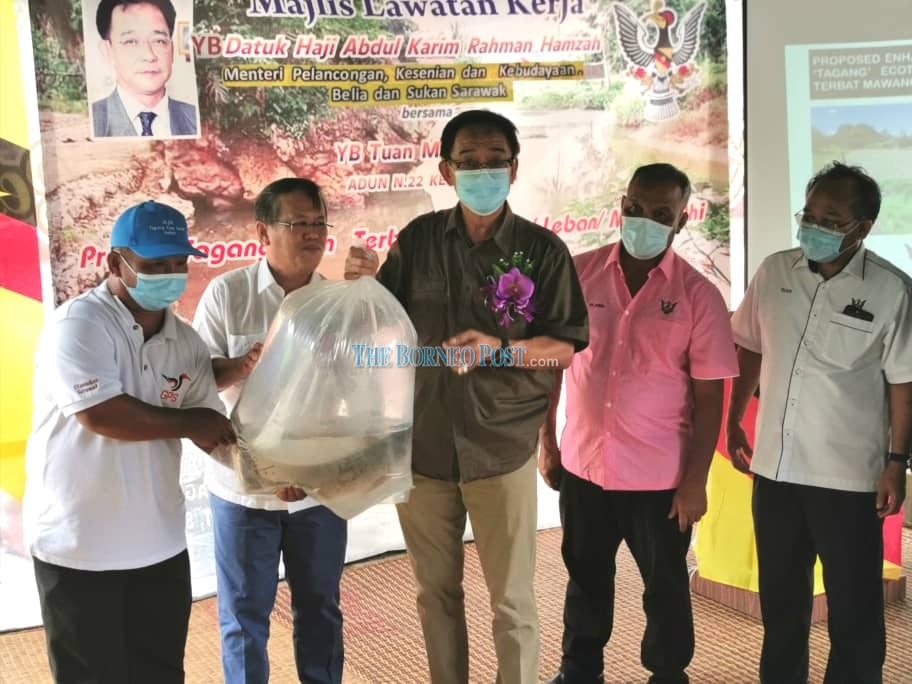 SERIAN (Sept 13): Datuk Abdul Karim Rahman Hamzah has reiterated today there is no need for the negotiating team to meet and discuss the states oil and gas matters, because things are now moving in the right direction in relation to Sarawak’s rights to its oil and gas.

The Tourism, Arts and Culture Minister said Sarawak does not go for ‘permintaan gila gila’ (crazy requests) in the spirit of sharing within the Federation of Malaysia.

Karim, who heads the negotiating team appointed on June 10 by the Sarawak Consultative Committee on the Malaysia Agreement 1963 (MA63), said the good ties between Sarawak and the current Perikatan Nasional federal government has resulted in many positive results including Petronas paying the sales and services tax on petroleum products to Sarawak.

As such, he said it is best for the executive body, or both state and federal governments, to do the negotiating rather than leaving it to the legislators whose tenure will end soon when the state election is called within the next ‘two to three months’.

“Organs of government comprise of three bodies – executive, legislative and judiciary. It is not only the legislative that can be the negotiator, the main ones that manage the government whether the federal or state government are the executive as they are the ones that set the ball rolling.

“But I am not saying we push aside totally the legislative. How I see it, (Batu Lintang assemblyman) See Chee How or (Bukit Assek assemblywoman) Irene Chang, the way they look at things as if the legislative (body) must take over.

“But the legislative (body) has its tenure. In two to three months, you are no more legislator once the DUN (State Legislative Assembly) is dissolved. What would happen to the Consultative Committee ?

“That is why if there is already negotiation which is already going on in the right direction by the executive (body) which comprise of people who are also in the legislative, why not just let it be since things are going in the right direction. We are getting what we want,” he told reporters after a working visit to Kampung Terbat Mawang here today.

DAP’s Bukit Assek assemblyman Irene Chang recently criticised Karim for his previous statement saying it was unnecessary for the negotiating team to meet and discuss, stressing that the Karim should have insisted on full participation (in negotiating the matter).

Chang reminded Karim that it was agreed and it was the expectation of all members of the consultative committee to be kept abreast of all details of negotiation through their active participation and involvement with all parties involved.

On July 14, See tendered his resignation as a member of the MA63 consultative committee, saying that his decision was due to a lack of transparency in its negotiation with Petronas and the federal government for the settlement of the state sales tax owed to Sarawak.

“Of course, we can express out our feeling what are things we feel is not there yet, which we need to add to the request adhered to. But the main one, I would say, the right on oil and gas, slowly is given back to us,” he said.

Meanwhile, Karim was in Terbat Mawang to visit the tagang (controlled fisheries) project there and listen to proposal to upgrade the place into a ecotourism park.

Also present were Kedup assemblyman Martin Ben, Serian Resident Tuah Suni and officials from the Sarawak Agriculture Department and an architect firm which drafted the proposal.