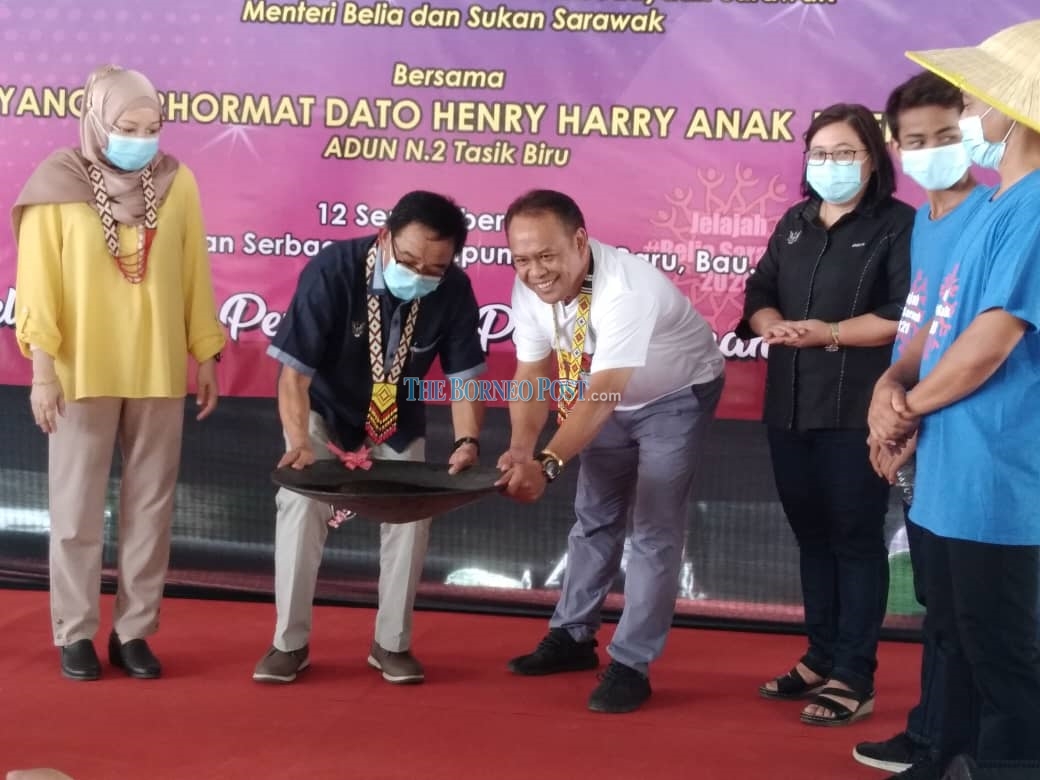 BAU: The Sarawak Youth Outreach programme being held statewide will have nothing to do with politics, assured Youth and Sports Minister Datuk Abdul Karim Rahman Hamzah.

He said that the programme’s main organiser, which was the ministry, had been informed of the matter and as agreed upon, they did not want the programme to have anything to do with politics.

That is the reason why even before I came here they had to put down even my own party flags, because we wanted it to be apolitical.

“We don’t want to put any political element in it because we are seeing our youth as our children, who are very clean, and we don’t want them to be polluted by politics.

“We are not saying that politics will pollute you but we want to see you not in a political perspective,” Abdul Karim said during the launch of the Tasik Biru Sarawak Youth Outreach programme at Kampung Skiat Baru here today.

He added that the ministry also saw the youth as a generation which was integral in a country’s development process, adding that there was a saying that goes: ‘If we want to see how a nation will be in the future, we look at how the youth is as of today’.

Abdul Karim also cautioned that if the youth of today were facing a lot of problems such as social problems or drug problems, that would be the kind of country that the people would inherit.

“This is because one day, the current leaders will no longer be around and somebody else has got to take over. The present generation of youths will be the one that will be taking over the leadership of tomorrow,” he said, adding that this was the reason why the ministry wanted the youth of today to have the qualities that were expected of them.

Abdul Karim said that it was for that reason that Chief Minister Datuk Patinggi Abang Johari Tun Openg had decided to split the Tourism, Arts, Culture, Youth and Sports into two, with the Youth and Sports functioning separately.

He said the Youth and Sports Ministry was on its own because the state government acknowledged youth as a very important component that need serious attention.

In Sarawak, some 43 per cent of the population comprise of the youth. Because youth is a very important component, we have to nurture you very well because we want to see you all become leaders of the future.

That is also the reason why the Chief Minister had put Youth and Sports together because sports is always associated with the youth, he said.

Abdul Karim said they had planned to have the outreach programme soon after it was separated from its other components as it wished to engage with the youth and ensure youths were properly nurtured.