Abdul Karim: 8 Bidayuh seats a concern for GPS in next state polls 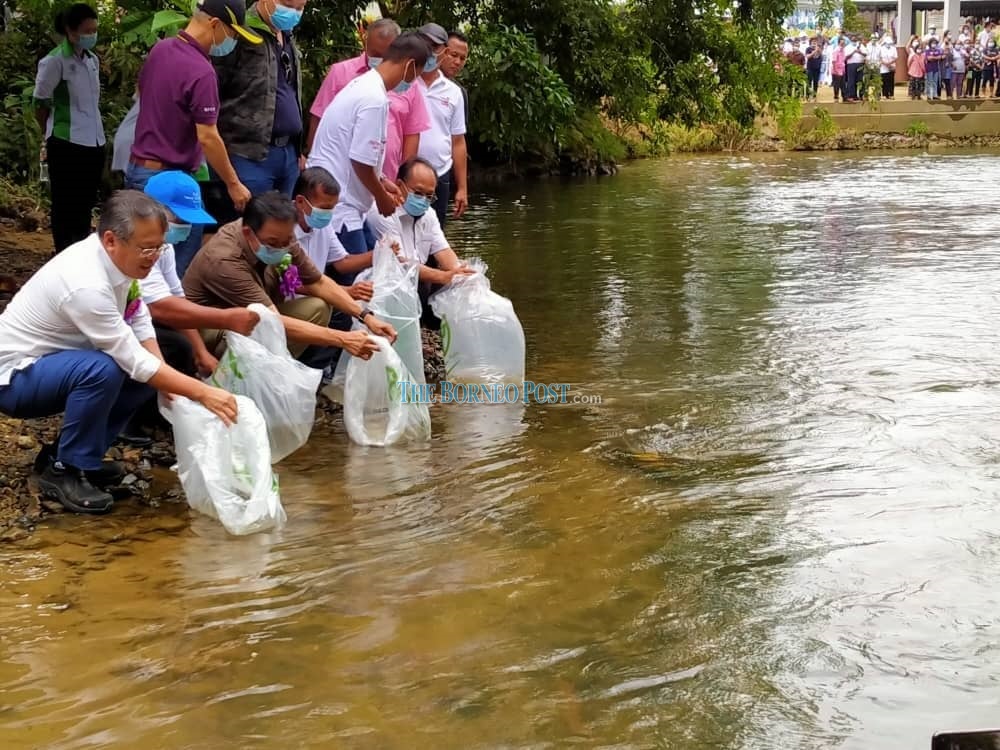 SERIAN (Sept 13): The eight Bidayuh majority state seats are a concern in the coming state election due to the vote swing favouring the opposition in the last 14th General Election in 2018, said Tourism, Arts and Culture Minister Datuk Abdul Karim Rahman Hamzah.

Karim said in that election two years ago, the state Barisan Nasional, which is now Gabungan Parti Sarawak (GPS), only managed to retain Serian but lost Puncak Borneo and Mas Gading to Pakatan Harapan (PH).

“We are a bit worried as far as Bidayuh seats are concerned. Hopefully, all is well in the coming state election. Because in the last parliamentary election, two seats fell and fortunately only Serian saved us from embarrassment.

“So, in the coming state election, we should work hard to ensure not just seats in the Serian Bukar Sadong areas are won, but also those seats in Bau, Lundu and Padawan are won (by GPS). We do not want the Bidayuhs to be split,” he said when speaking during his working visit to Kampung Terbat Mawang here today.

Karim, who is vice president in Parti Pesaka Bumiputera Bersatu (PBB), said it was important for the Bidayuh community in particular and Sarawakians in general to keep GPS in power to ensure continuity of development and implementation of proposed projects.

He also warned them about those playing up racial and religious issues especially by those politicians from the Peninsular.

“Be very careful of those politicians who come over and tell you this, tell you that especially when election is coming. When it comes to election season, there will be many kinds of people. Some are like ‘langau’ (flies) who pick up on issues but leave after the election.

“We do not want Sarawakians to be split. We want to look after the state the way we want it to be and not always referring to Kuala Lumpur. Our state has been managed our way, way before the formation of Malaysia. Our Council Negri is the oldest legislative body in Malaysia,” he said.

On another matter, he said Bidayuh areas from Lundu to Serian, offer many potential ecotourism sites which can be included in tour and travel packages for visitors.

“Serian is not alien to me. I had my early education in Serian. I am one of the alumni of St Teresa Serian Primary School. My father was the district officer in Serian way back in the 1960s,” he said.

He gave his full support to the proposal to upgrade the tagang (controlled fisheries) site into an ecotourism park and he assured those present that the proposal would be brought to the attention of the Chief Minister Datuk Patinggi Abang Johari Tun Openg.

“I will bring along Kedup assemblyman Martin Ben for the meeting to present the proposal. I think it will cost more than RM5 million to RM6 million proposed,” he said, adding the tagang project has a big potential to attract visitors who love nature.

Meanwhile, Martin who spoke earlier said the proposal would require funds of RM5 million to RM6 million to realise it into fruition, which include acquiring three to four acres of land to build facilities for the ecotourism park.

He said the proposed facilities also include homestay styled after a longhouse. The tagang project at Terbat Mawang, implemented on Sungai Kedup, has successfully bred exotic fishes such as Semah and Empurau while retaining the cleanliness of the river.

The project started off in 2006 as a smart partnership between Sarawak Agriculture Department and people of Terbat Mawang, Terbat Leban and Muara Ahi. It became famous after it was featured in a Discovery Channel programme hosted by Denise Keller.

At the end of the working visit, Karim accompanied by Martin and other guests fed the fishes and also released fish fries to the river.